Some of the best films came on the OTT platform 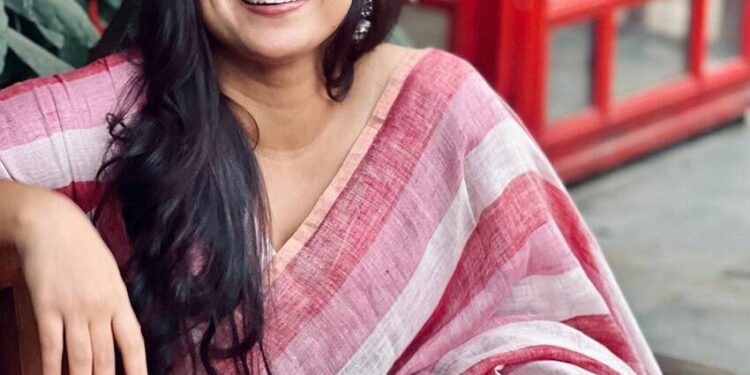 OTT platforms have proved to be nothing less than a boon for the audience due to the complete ban during the Corona period. Movies and web series shown on OTT were the only means of entertainment for the home-imprisoned audience. As the demand for OTT increased, its quality also improved drastically. At one time, where films and web series were made on OTT only for adults and special category of audience, now films on every subject have started being made on OTT.

On OTT, many celebrated artists like Babi Deol, Abhishek Bachchan, Arshad Warsi got a chance to show their talent. After this famous actresses like Madhuri Dixit, Anushka Sharma, Sushmita Sen and Raveena Tandon started on OTT, then the demand for OTT increased even more. Now one by one the best films are being released on OTT. Whether it is Abhishek Bachchan’s recent release ‘Dusvi’ or Rishi Kapoor’s last film ‘Sharmaji Namkeen’, why not. Both these movies are instructive. Apart from these two films, many great films have been released in 2022 which have been highly appreciated by the audience.

At the beginning of the year 2022, Deepika Padukone, Siddharth Chaturvedi and Ananya Pandey starrer ‘Ghehraiyaan’ was released on Amazon Prime Video. The story of ‘Geahriyaan’ focused on immoral relationships. On the other hand, the thriller film ‘Jalsa’ based on the hit and run case was in the news due to the excellent performances of Vidya Balan and Shefali Shah. Loop Lapeta starring Taapsee Pannu and Tahir Raj Bhasin is the story of a girl who plans to save her lover from trouble and saves him from troubles. This film has been released on net flicks.

Abhishek Bachchan starrer ‘Dasvin’ is the story of an illiterate who raises the flag of politics and fame in his locality, but when he comes face to face with Inspector turned Inspector Yami Gautami, he understands the importance of education. ‘Dasvi’ has released on Netflix and the audience is appreciating it. Especially in this film, Abhishek Bachchan is highly praised. Another Yami Gautami film ‘A Thursday’ released on Disney Plus Hot Star. The film was well liked. It is the story of a girl who teaches young children and to accomplish a particular cause, she simultaneously imprisons 16 children. She then asks the government and the police to fulfill her demand.

‘Love Hostel’ released on ZEE5 is a love story based on Hindu-Muslim love-love. For cricket lovers, Shreyas Talpade starrer Kaun Praveen Tambe is based on the life of cricketer Praveen Tambe on Disney Plus Hot Star. Apart from these films, the Allu Arjun starrer dubbed film ‘Pushpa’ not only rocked the theaters but also on the OTT platform after its release on Amazon Prime Video. Apart from this, Ranveer Singh’s cricket and World Cup based film 83 Amitabh Bachchan’s film ‘Jhund’ also impressed.

Many more great films are going to be released on OTT in the coming months. These include Sankshi Tanwar starrer ‘My’ to release on Netflix, Tabu and Ali Fazal starrer ‘Khufia’ on Netflix. Many great films like ‘Chakda Express’, a biographical film on former captain cricketer Jhulan Goswami, produced and starring Anushka Sharma, are set to release in the times to come.

Like 2022, many great films were screened in 2021 as well. Like ‘Sher Shah’, ‘Sardar Udham Singh’, ‘Dhamaka’ and ‘Thalaivi’ starring Kangana Ranaut, which focuses on the biography of politician Jayalalithaa, ‘Chehre’ starring Amitabh Bachchan and Emraan Hashmi, ‘Dibbuk’ starring Emraan Hashmi and Vidya Balan. The movie ‘Lioness’.

Service Sector PMI: Services sector activities at an 11-year high, PMI rose to 59 in May