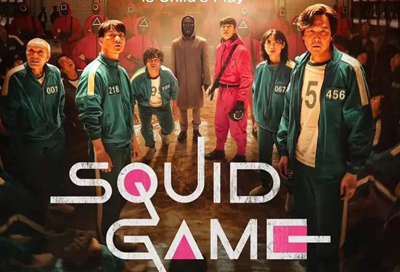 Los Angeles, Nov 11 (IANS) | Netflix’s South Korean blockbuster ‘Squid Game’ has beaten HBO’s juggler ‘Game of Thrones’ on YouTube. According to analytics firm Vobile, it has been viewed more than 17 billion times across a spectrum of long and short format videos. As ‘Variety’ reports, viewership comes from a variety of video content, including official trailers and clips of the series, fan entertainment of iconic moments, plot-driven real-world challenges, and even property-based users. -Generated video game descriptions are also included.
Jared Naylor, Vobile’s vice president for audience development, told Variety: “In 10 years watching YouTube, we’ve never seen anything like it.” The company identifies and analyzes how intellectual property is shared and associated in the digital space.Vobile estimates that it has garnered 17 billion views from 129,000 uploaded videos, including traditional long-format YouTube clips and their recently launched TikTok competitor YouTube shorts. Those videos also included 533 million engagements (likes, dislikes and comments).
Compared to these unprecedented numbers, “Game of Thrones” garnered 16.9 billion views from 420,000 uploaded videos, including an estimated 233 million engagements.
(Disclaimer: This news has been published directly from the news agency’s Syndicate feed. It has not been edited by AnyTV News team.)

These Bollywood movies are banned in theatres, but Netflix, Hotstar and YouTube can stream. bollywood banned movie that stream on oot platforms | AnyTV News