by AnyTV
in Entertainment
Reading Time: 1 min read
20 2
A A 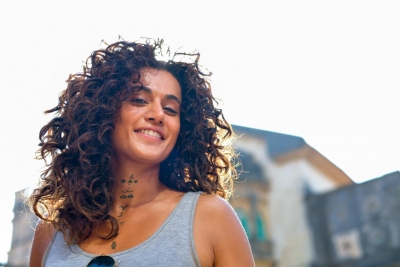 Had seen pictures and videos of many athletes – Taapsee

Mumbai, October 13 (IANS) | Actress Taapsee Pannu has revealed that for her role in ‘Rashmi Rocket’, she had seen pictures and videos of body language of a lot of Indian and international athletes before, after and while running. Taapsee said that yes, I have done a lot of research on my level for ‘Rashmi Rocket’. I had seen pictures and videos of a lot of athletes, Indian and international. I watched videos of his body language, before, after and while running, just to see his body types. Because I had to refer to athletes, especially those of my stature.

“Of course, I’ve never seen my body in that kind of shape, so you wonder when you’re trying to work out those muscles, because you want to see how they make you look. Me Didn’t know how they would look at me, it was the confidence I put in myself with my training, and I’m glad my hard work paid off.”

COVID-19: Over 1,000 test positive on the first phase of rapid testing