These Bollywood stars could not play together even after a year of marriage, why did these couples break up after coming so close? from rekha to pulkit separated within a year, divorced in few months | AnyTV News

by AnyTV
in Entertainment, Latest News
Reading Time: 3 mins read
0
A A 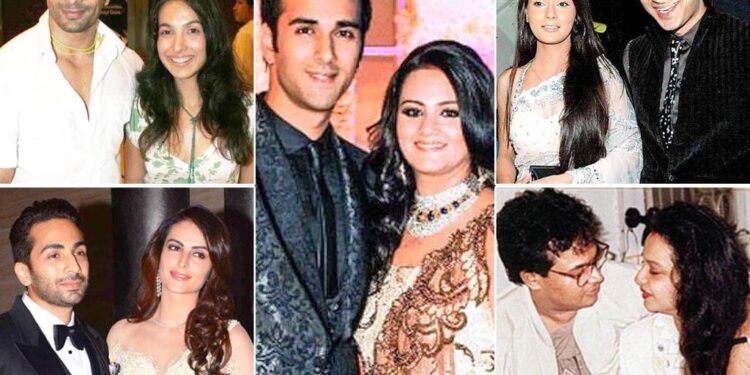 There will be many tales of marriage and its breakdown in the Bollywood industry. For decades, it is being seen how many stars tie the knot every year and how many of them last. However, the number of those who last till the end has been found to be less. It doesn’t take long for stories to be made in the industry and in a few days, they become just stories.

Today in this special story, we are going to talk about such stars, whose discussions have not happened because of their love, but because of their separation. These are the stars of Bollywood and TV world, whose love blossomed and when it got down, nothing is known. From the industry to the common man, he still remembers such marriages, which had reached its last journey in a few days. Today we are talking about those stars who neither took time to marry their loved one nor did they delay in getting divorced.

Also read: When Raveena did this dance in 104 degree fever, she was forced to dance in cold water

1- At the top of this list comes the name of the industry’s most beautiful, 70s actress Rekha who achieved immense fame. As much as Rekha was in the headlines for her professional life, she remained in limelight for her personal life. Although Rekha has always liked to be reserved, but say the demand of the industry or the fate of Rekha, the misfortunes of her personal life are not hidden from anyone.

After dating and falling in love, Rekha married businessman Mukesh Agarwal in the year 1990. Shortly after marriage, both realized that they were not right for each other. This gap between the two increased instead of decreasing and both of them decided to separate. Meanwhile, on October 2 this year, Mukesh committed suicide amidst troubles in personal and professional life. In this way the marriage of both could not last more than 7 months.

2- Karan Singh Grover, who rose to fame from the TV industry, married his girlfriend and TV star Shraddha Nigam. In less than 10 months, the two had decided to separate. Talking about the reasons, many reasons were revealed, one of which was Karan Singh Grover’s extra marital affair.

3- Sara Khan, who came into the limelight with the TV serial Vidaai, married Ali Merchant during Bigg Boss season 4. The marriage of both was in discussion for a long time. In the year 2010, both of them got married, but within just two months, both of them separated.

4- Bollywood actor Pulkit Samrat married Shweta Rohira in the year 2014 in November. Their marriage, which lasted less than 11 months, was ended by divorce and only in 2015, both of them officially separated. Pulkit also gave a statement in his clarification to the media on the breakup of their relationship. He had said that the reason for the breakdown of our marriage is not a single person but both of us. Yes, it is we who have made a mistake in taking such big decisions of life, choosing a life partner. He said that it was not the fault of any one person. Both are responsible for this and there is no need to add any third person to it.

Also read: You will be shocked to hear Dharmendra’s first earning, today there is a property of more than 500 crores in Mumbai

5- Bigg Boss fame Mandana Karimi married businessman Gaurav Gupta on January 25 in 2017. In less than 6 months, Mandana had filed a case of domestic violence against Gaurav.