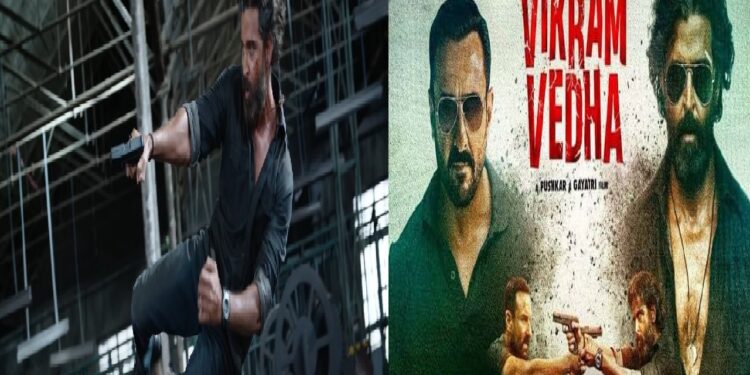 New Delhi. Actor Kamal R Khan, who describes himself as a film critic, has come out of jail in the past. KRK was detained from the airport for a controversial tweet. KRK was questioned a lot before his arrest. At the same time, when KRK came out after being released, he was told in a tweet on Twitter that #VikramVedha will be the last film that he will review, after which he announced to stop reviewing any film. KRK had also given the reason behind this in a tweet as to why he is taking such a decision. In his tweet, KRK wrote that I have two options either to leave Mumbai forever or stop reviewing films. KRK had talked about choosing the second option.

Now in the meantime, a new tweet of KRK has surfaced in which he gave a review of Vikram Vedha in the name of a friend and also predicted the collection. In this tweet, KRK wrote, ‘My friend saw Vikram Vedha. Hrithik Roshan is copying Amitabh Bachchan in the first half of the film and Allu Arjun in the remaining half. In the climax, Hrithik and Saif Ali Khan keep firing in the air for 15 minutes. The action of the film is worse than Bhojpuri films. Means all this is outdated and is a torture of three hours.

My friends watched #VikramVedha, @iHrithik is copying #AmitabhBachchan in first half n #AlluArjun in 2nd half. In the climax #Hrithik and #Saif both together are firing bullets in the air for 15minutes. Action is worst than Bhojpuri films. Means It’s outdated and 3hours torture.

Apart from calling Vikram Vedha bad, KRK made three more tweets about the film. In a tweet, KRK revealed that Vijay Sethupathi and R Madhavan starrer original Vikram Vedha is still available on MX Player. Apart from this, in the second tweet that KRK did, he predicted about the collection of the film. In this tweet, KRK wrote, ‘Only 39 percent of people want to watch Vikram Vedha, that means the film can collect around Rs 8-10 crores on the first day.’

Prediction:- Only 39% people want to watch film #VikramVedha means film can do ₹8-10Cr business on day1.