by AnyTV
in Entertainment, Latest News
Reading Time: 1 min read
0 0
A A 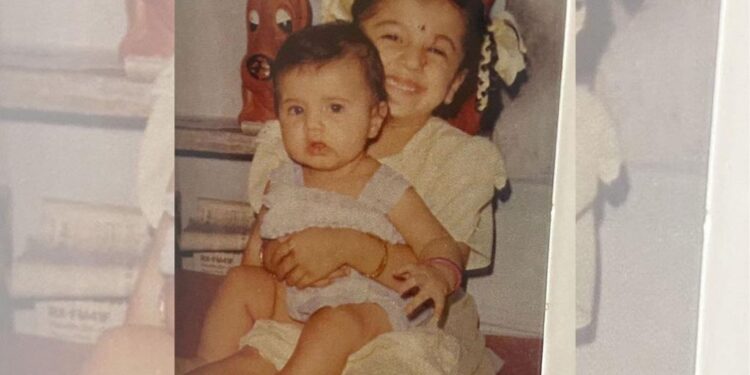 When people become famous celebrities, their childhood pictures often come in front of people. Due to the huge fan following of the stars, people are also more interested in their first life than becoming a celebrity. Sometimes celebs look completely different from their childhood, after seeing which many people are also baffled. Not only this, many times people do not even believe that they are the same actors and actresses who are part of the glamor world today.

In this episode, we are going to introduce you to the childhood photo of such a star, after seeing which people found it difficult to find out who it is. Although there are some people who are recognizing this actress without any problem, while there are others who have given up.

Also Read  Maharashtra: Raj Thackeray will roar in the mega rally in Aurangabad today, Shiv Sena said – in the name of Hindutva…

In the photo you can see that there is a baby girl who is sitting in her lap with a child younger than her. Sitting her younger sister on her lap, she is smiling and posing for the camera. This girl who made two braids is none other than Bollywood superstar Taapsee Pannu. Let us tell you that in this photo, Taapsee Pannu is seen with her sister Shagun Pannu.