Trailer of Kapil Dev’s biopic ’83’ came out, expectations from the trailer increased 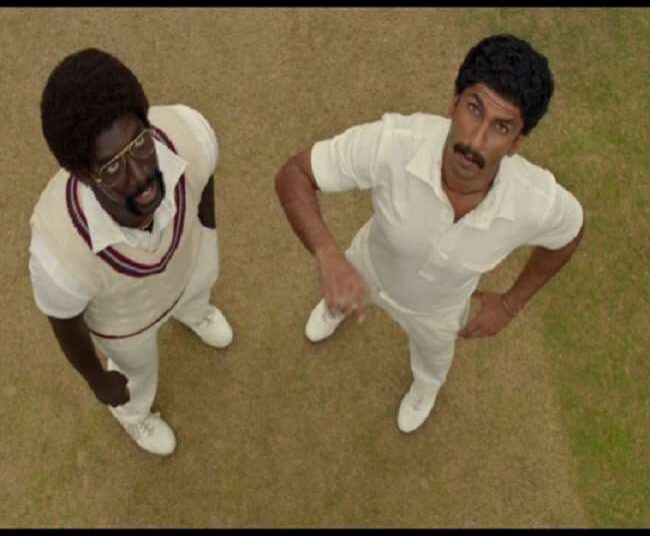 With the cases of Corona decreasing, theaters are now functioning as before and now Bollywood films are being released in theaters instead of OTT platforms. Due to Corona, many films were stuck for release and now they are slowly coming to theaters. One such film of Ranveer Singh and Deepika Padukone is stuck since the Corona period, which is now ready to hit the screen. The name of this upcoming film is ’83’ and today the trailer of this film has been released. People are eagerly waiting for the release of this film.The film will release in theaters on 24 December 2021. By watching the trailer of this film, you will be able to get a glimpse of India’s journey to the World Cup in 1983 and you will surely feel proud in doing so.
Let us tell you that this trailer is of 3 minutes 49 seconds. In this trailer, you will be seen playing the character of Kapil Dev, the captain of the Indian cricket team in the form of Ranveer Singh. In this film, the story of Indian team becoming world champion under the captaincy of Kapil Dev is being shown. While watching this trailer, there will be many occasions when you will see real cricketers in the form of these stars and their victory will make you feel the real victory of that era. Deepika Padukone is playing the character of Kapil Dev’s wife Romi Bhatia in the film.
Let us tell you that the film directed by Kabir Khan is being produced under the banner of Reliance Entertainment and Phantom Films, which is the biopic of Kapil Dev, former captain of the 1983 World Cup winning Indian cricket team. In the film, Ranveer Singh is playing the lead role i.e. Kapil Dev and his wife Deepika Padukone is playing the role of his wife Romi Devi. Apart from Ranveer Singh and Deepika Padukone, the film also stars Tahir Raj Bhasin, Jeeva Salim, Jatin Sarna, Chirag Patil, Dinkar Sharma, Nishant Dahiya, Hardy Sandhu and Pankaj Tripathi in pivotal roles. The film will be simultaneously released in Hindi, Tamil, Telugu, Kannada and Malayalam.

You will have to buy this great car of Maruti Suzuki, now it is more heavy on your pocket, the company has increased the price. Maruti Suzuki Wagon-R Price Hiked By Up To Rs. 30,000 From January | AnyTV News

Court case filed against the makers of Kapil Sharma Show, know what is the whole matter