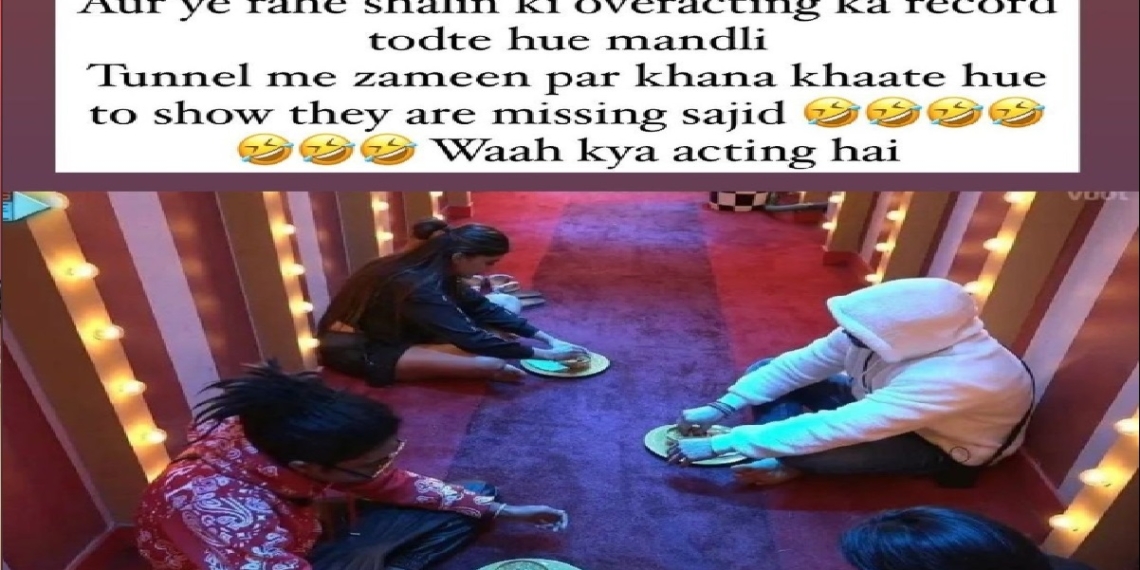 New Delhi. In Bigg Boss where on one hand people are trolling her a lot because of an old video of Priyanka Chahar Chowdhary where she said that if she was not an actress then she would definitely go to the army because she has sisters and brothers so she feels wow kitni She has a short life, after which she said in Bigg Boss house that she wants to do something for her sister’s children because she could not get that exposure, so she herself wants them to study well. However, her brother clarified that the actress was referring to her elder sister Manisha Di, who had separated from her husband a few years back. On the other hand, people are also taking a dig at the Bigg Boss troupe where they are comparing them with Shaleen-

mockery of the troupe

A video is going viral on social media, which is from yesterday’s episode, in which the entire troupe (Shiv, Stan, Sumbul and Nimrit) eat food in the tunnel in memory of Sajid Khan, after which viewers are comparing him with Shaleen. And they are saying that he even left Shaleen Bhanot behind in acting. One posted on social media and wrote – And here is the troupe breaking Shaleen’s record of over acting, eating food sitting on the ground on the tunnel, to show that they are missing Sajid. Wow what an acting.

Sajid Khan was accused of chamchagiri

On the other hand, the other wrote that I have not seen bigger spoons than him, when Abdu went, everything became normal in a few hours, but Sajid Khan is a director, now if you want work from him, you will have to act. Full chamchagiri is going on friends.

This is how you do it, miss im-a-doctor-yaaaa really thought she will follow whatever Priyanka does and will become her? Destroyed, exposed. To all the mandali fans, this is how you ‘expose’: on the face, fearlessly 😏🤏🏻❤️#PriyankaChaharChoudhary #PriyaAnkit pic.twitter.com/Ahh6PvPH0V