TV Serials Update 13th May 2022: If Abhimanyu will leave Akshu alone at the door of the house, Karan will hate Preeta 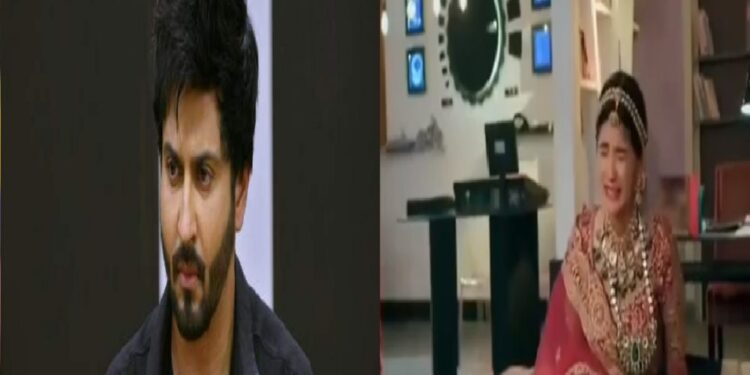 New Delhi. Everyday some twists and turns are seen in the world of small screen. Abhi and Akshara are married in Yeh Rishta Kya Kehlata Hai, which is included in the TRP list and Akshu is welcomed in a very strange way at Birla House. Not only this, Abhimanyu also leaves Akshara alone and goes to the hospital on the very first day of marriage. On the other hand, Preeta is very upset in Kundali Bhagya while Natasha has turned the whole dice. Natasha is now overshadowing Sherlyn and Prithvi as well.

In Yeh Rishta Kya Kehlata Hai, only Manjari and Neel welcome Akshara and Abhi as everyone else goes to the hospital. Akshara feels bad but after Abhi’s explanation, she understands. Meanwhile, Abhimanyu also leaves the new brides alone as it turns out to be an urgent surgery case. Akshara starts crying but then convinces herself that the doctor’s family has no desires in front of anyone’s life. At the same time, Harshvardhan calls Arohi and calls her to the hospital. At the same time, to correct Akshara’s mood, Manjari makes golgappas with her own hands and also feeds her.

Karan will be against Preeta

While in Kundali Bhagya, Karan comes out of jail but Natasha has robbed all the applause. In today’s episode you will see that Preeta says in front of Beeji that her accident was done by Prithvi and his car collided with my car. At the same time, Preeta also tries to get the truth out of Natasha and says that you have saved Karan by stealing the evidence I have collected. At the same time, Karan has now started hating Preeta. He tells Preeta that Preeta Arora, I have understood you very well. You are not with me, but against me.

Also Read  Amrapali Dubey's head on the shoulder of Pradeep Pandey 'Chintu', a smile on her face… this photo is going viral

Video: A poisonous snake was hiding in a plant in the house, you will be scared after seeing the video

If MS Dhoni had to leave Chennai, he would not have handled the captaincy again, said – Sunil Gavaskar

Video: A poisonous snake was hiding in a plant in the house, you will be scared after seeing the video

If MS Dhoni had to leave Chennai, he would not have handled the captaincy again, said – Sunil Gavaskar