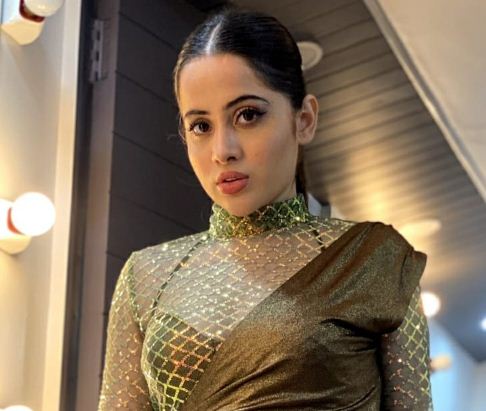 Mumbai,(IANS)| ‘Bigg Boss OTT’ fame aka Javed Bollywood has come out in support of Shah Rukh Khan’s son Aryan Khan. After being taken into custody by the NCB, there have been several allegations against Aryan, that he had attended a cruise party where drugs were being consumed. At present, Aryan is in custody and the matter is being investigated.

In the matter, Urfi said that it would probably take him a long time to come out of this shock. Even before the court’s decision, people have started cursing him just because he is the son of Shahrukh Khan. Why don’t we show equal outrage for rapes and murders. We are in a hurry to shame the actors even before the court’s decision. Why don’t we act so fast when it comes to shaming rapists?

Urfi is known for her airport looks and grabbing headlines for shows like ‘Bade Bhaiya Ki Dulhania’, ‘Meri Durga’ and ‘Bepnaah’. He said that political leaders, religious gurus are facing charges. People worship him even after rape, and we are after a kid who hasn’t harmed anyone, but is being killed so much in public.

Booking of this luxurious SUV from Audi has started in India, know when it will be launched. Audi Q7 Facelift bookings in India open now, will launch in February | AnyTV News