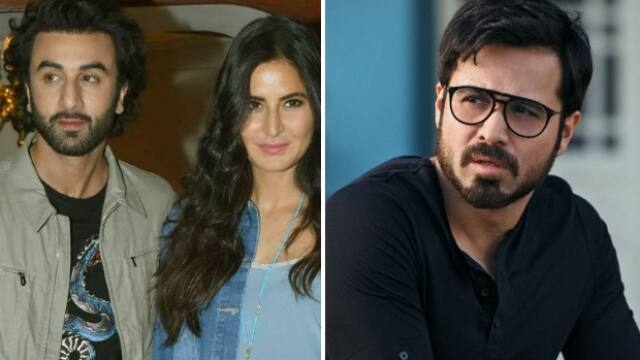 Ranbir Kapoor and Alia Bhatt got married a few days back. The marriage of both was in the news for some time. Let us tell you that before Alia, Ranbir was in a relationship with Katrina Kaif. At the same time, Alia’s cousin and actor Emraan Hashmi had advised Katrina to leave Ranbir and today her cousin is Ranbir’s wife. Actually, this was when Katrina and Ranbir Kapoor were in a relationship. At that time, Emraan had advised both of them in Karan Johar’s show. Now this interview of Imran is going viral again.

What did Imran say

Actually, something happened that Emraan Hashmi went to Karan Johar’s show Koffee with Karan. Meanwhile, Karan asks Emraan what advice he would like to give to Ranbir Kapoor and Katrina Kaif. So Imran told Ranbir, ‘Stop playing the main stereotype of girls. The press needs more from you. On the other hand, when asked what advice he would give to Katrina, he said, ‘Leave her’.

Let us tell you that Ranbir and Katrina had a breakup after sometime relationship. The last film of both was Jagga Jasoos and it flopped. Although today both are good friends and not only Ranbir but also Katrina has a good bond with Alia. So this statement of Imran has now come into the limelight.

Talking about Imran’s professional life, he was seen in Last Dibook which was released last year. The film got mixed response. Now Imran is going to be seen in the film Tiger 3 and Selfie. He is going to be seen with Salman Khan and Katrina Kaif in Tiger 3. For the first time, Emraan is working with both the actors.

Also read – So Priyanka Chopra got such an idea of ​​daughter’s name, connection with mother and mother-in-law

At the same time, Imran is going to be seen with Akshay Kumar in the selfie. Along with this, Nushrat Bharucha and Diana Penty will also be seen in important roles. Karan Johar is producing the film. Recently, the shooting of the first schedule of the film has been completed. During this photo was revealed in which Imran is seen in police clothes, so it may be that Imran’s character in the film is of police.