When Malaika Arora forgot to wear pants in a hurry, told the story on social media New Delhi. Bollywood actress Malaika Arora’s name is included in the list of bold and glamorous actresses. She is known for her hotness more than her work. He is 47 years old but seeing his fitness, it is difficult to guess his age. Malaika is very active on social media and keeps sharing her pictures every day. He has a huge fan following on social media. In such a situation, his pictures are very much liked.

Malaika has always been known for her bold style. But once something happened to her that she forgot to put on her pants in a hurry. He disclosed this on social media. 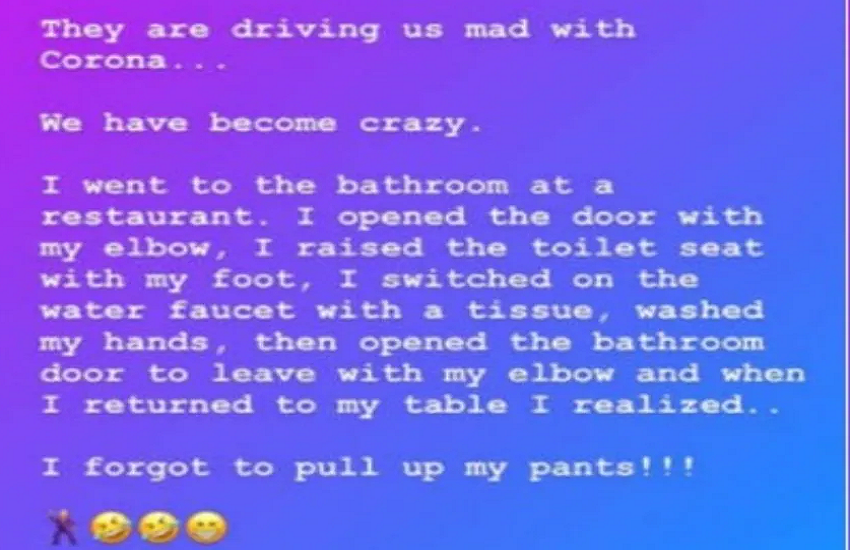 Malaika wrote on her Insta story, ‘At that time there was a lot of panic in the minds of people about Corona. People were very scared. Everyone was walking everywhere with great gusto. During that time I also went to a restaurant. I opened the restaurant gate with my elbow. He lifted the bathroom seat with his feet. came out Wash hands and use tissue. Then I opened the bathroom door and came back to my table and when I sat down, I felt like I forgot to put my pants up.

This post of Malaika was very much discussed. Let us tell you that Malaika Arora is celebrating her 48th birthday today. In such a situation, he is getting birthday wishes from every side. Meanwhile, her boyfriend Arjun Kapoor has wished her a happy birthday in a romantic way. He has shared a picture. In which Malaika is seen kissing him. With this photo, Arjun wrote in the caption, ‘Today and some other day I just want to put a smile on your face. You smile the most this year.

Elon Musk Letter: Musk told the employees – be present in the office for at least 40 hours every week, otherwise leave the job

Elon Musk Letter: Musk told the employees – be present in the office for at least 40 hours every week, otherwise leave the job