by AnyTV
in Entertainment, Latest News
Reading Time: 2 mins read
1 0
A A 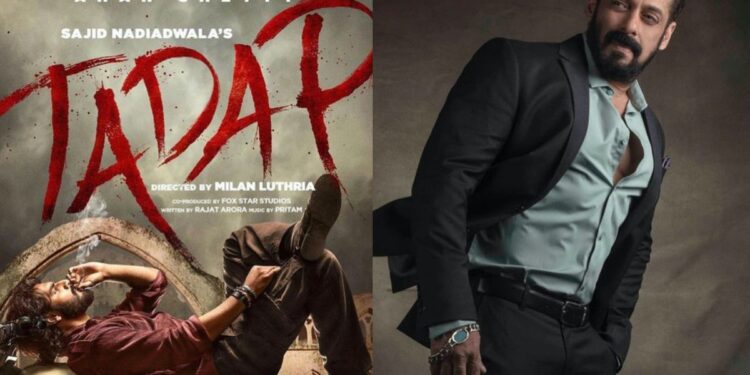 Today, big stars were present on the occasion of the special screening of the film Tadap. Let us inform that Sunish Shetty’s son Ahan Shetty is in the lead role in the film, this is his debut film. Tara Sutaria will be seen opposite him. This is Tara Sutaria’s third film. He started his career with the film Student of the Year.

Many famous people of the industry were present on this occasion, in which the name comes at the top of Dabang Khan, ie Salman Khan. Actually everyone knows how good friends Suniel Shetty and Salman are. From time to time both of them have shown glimpses of their friendship to the people. This was the occasion when Salman, playing his friendship, attended the screening of the film. The film has been produced by Sajid, who is considered very close to Salman Khan. Then what was it that Salman Khan was bound to be present on this occasion.

Also read: These are the couples of the industry, who do not have any intention of marriage, see the list

During this, Salman Khan congratulated Ahan. Not only this, Salman Khan even kissed Ahan’s picture in the poster of the film. Just seeing what this moment was, Sunil Shetty hugged Salman Bhai. It seemed as if he had become very emotional. All the media attention was just on both of them. This video of Salman is becoming increasingly viral on the internet.

Also read: Abhishek gave an open challenge to the trollers for the daughter, said if you have the courage…

What did Venkaiah Naidu say to Raghav Chadha in Rajya Sabha that the Parliament started laughing, raghav chadha on farewell venkaiah-naidu