by Sandhya Hirani
in Entertainment, Latest News
Reading Time: 2 mins read
17
A A 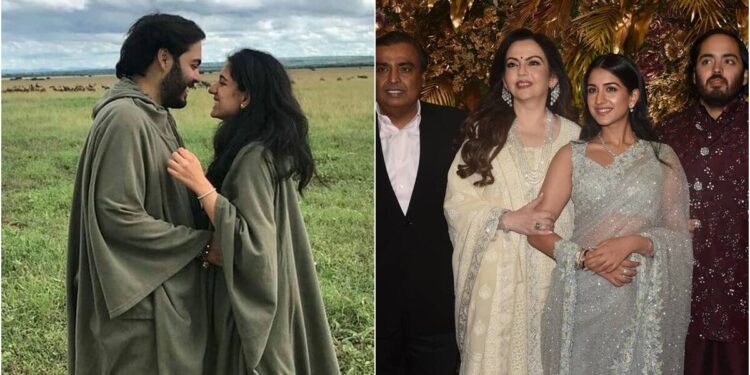 The Arangetram Ceremony of Radhika Merchant, the younger daughter-in-law of Mukesh Ambani, one of India’s most influential and wealthy industrialists, was organized in Mumbai on Sunday. In which many big and famous stars of Bollywood attended. On the previous day, Radhika performed stage dance for the first time. Photos and videos of his performance are dominated on social media. Let us tell you who is Radhika Merchant and what is her family background?

Who is Radhika Merchant: Radhika was born on 16 January to Viren and Shaila Merchant. Viren Merchant is the Non-Executive Director of ADF Foods as well as the CEO and Vice Chairman of Encore Healthcare Pvt Ltd. Radhika has two sisters. Radhika’s mother Shaila is also a businesswoman. His family is called Kachhiya Bhatia family. They are originally from Kutch.

What Radhika does: Radhika Merchant has done her schooling from ‘BD Somani International School’. Apart from this, studied at New York University. After earning a degree in politics and economics from New York, he joined the Isprava team as an executive. It is a real estate firm that builds holiday homes for those with fine tests. Radhika had said during an interview that I wanted to join such a company in which I can contribute in real.

Is fond of swimming and trekking: Radhika is very fond of traveling, she is often spotted with Anant Abani. Radhika had told in one of her interviews that she loves swimming and tracking. Along with this, she is also fond of drinking coffee. She believes in enjoying her life to the fullest. Radhika is Anant Abani’s future wife. Radhika and Anant got engaged secretly in 2019, and soon both are going to tie the knot. The Ambanis and the merchant families share a special bond with each other.

Bharatanatyam was learning for 8 years: Radhika gave a very good performance in Anrangetram Ceremony. Radhika had been teaching Bharatnatyam for the last 8 years from Guru Ms. Bhavna Thakar, so that she could prepare for Arangetram.