Will see glimpses of Vicky-Katrina’s wedding on Amazon Prime, know what is the deal

by AnyTV
in Entertainment, Latest News
Reading Time: 1 min read
20 1
A A 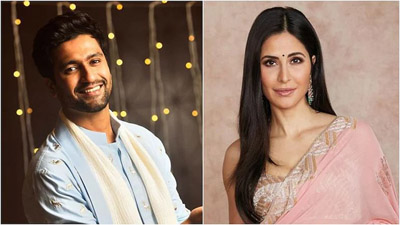 There is a lot of craze everywhere about the marriage of Bollywood’s famous couple Vicky Kaushal and Katrina Kaif. Everywhere, today i.e. on 8th December, there is a discussion about the Mehendi ceremony. Fans are very eager to see the pre-wedding functions and videos. However, if you also want to see Kat and Vicky’s wedding, then there is good news for you.
According to information received from sources, the OTT platform Amazon Prime has acquired telecast deals of Vicky and Katrina’s wedding, Mehndi, Haldi, Baraat, Phere all. According to the report, this deal has been finalized for Rs 80 crore and because of this deal, Katrina and Vicky have also got NDA signed by all their guests. So that no one can make any kind of wedding photo viral on social media.
This video of the marriage of both will be released on the digital platform in the year 2022. In which all the rituals of marriage in Rajasthan from their roka will be shown. Let us tell you that in the year 2019, Priyanka Chopra and Nick Jonas also had a similar deal with the OTT platform for their marriage. A total of 120 guests are going to attend this wedding of Katrina and Vicky Kaushal.

Vaani Kapoor is desperate for the release of all her films