Yes, I accepted Islam and became Fatima because…’, Rakhi Sawant told the truth about her and Adil’s marriage marriage 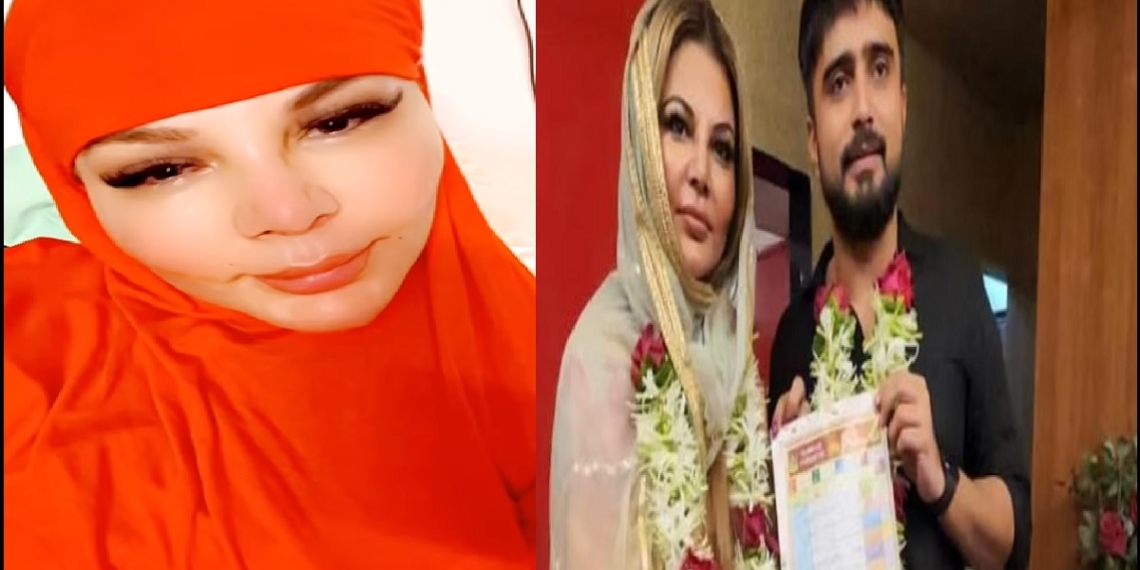 New Delhi. Bollywood drama queen Rakhi Sawant is settled down and married to Adil Durrani. Adil has also accepted his marriage with Rakhi in front of the world. Earlier Adil had refused the marriage but now Adil has also accepted the marriage. However, many questions are being raised on social media regarding Rakhi-Adil’s marriage. Rakhi had to become Fatima to marry Adil. Some users started calling marriage as love jihad. Now for the first time Rakhi has broken the silence about her marriage.

Paparazzi questions Rakhi that people are telling your marriage as love jihad. On this Rakhi says that at first we do not know what love jihad is because we have loved and we are concerned with that love. I converted to Islam to marry Adil and became Fatima to get his love. We do not believe in any religion but love. In the video, Adil was also seen agreeing with Rakhi’s words. Now after the new video of Rakhi surfaced, the users have started enjoying. Users say that if she did not believe in all religions, then why did she become Fatima, she would have married only after becoming Rakhi Sawant.

Fatima with Rakhi made in love

One user commented and wrote – If religion is not a hindrance to love then why didn’t Adil adopt you as a Hindu. The same user wrote that Rakhi does not even give Adil a chance to speak, feeling bad for the poor fellow. You will get to see such comments in the comment section of the video. Please tell that Rakhi Sawant’s mother is currently admitted in the hospital and her treatment is going on.