Paracetamol: After consuming alcohol, take paracetamol tablet so be careful! This organ may suffer the most 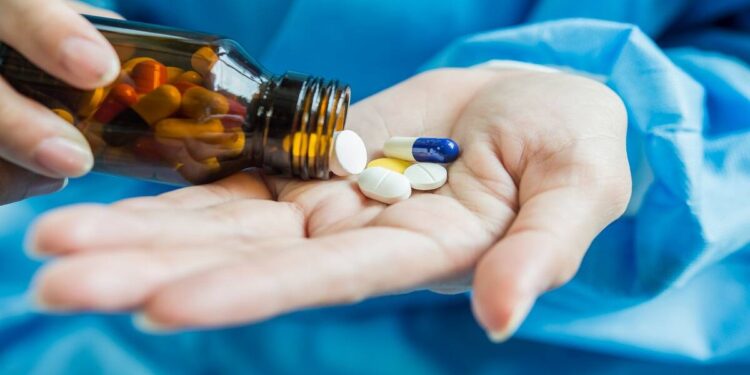 Paracetamol In every house, someone or the other becomes a fat doctor. Whenever it comes to fever or pain, we quickly take paracetamol. Actually paracetamol gives relief from pain. It also reduces the rise in body temperature (fever). That’s why people consume it even without consulting a doctor. Since doctors themselves also recommend taking paracetamol for relief from headache, toothache, cold or flu.

It is worth noting that the use of paracetamol to reduce fever has increased even more during epidemics. Paracetamol is also known by other names Alvedon, Calpol, Disprol, Hedex, Mandanol, Medinol, Panadol etc. There are some rules and regulations for taking this medicine too, if the medicine is taken in excess quantity and with the wrong drink then it can cause serious harm to health. In such a situation, let us know that some important things related to paracetamol-

Generally people take this tablet with water but it is considered better to take the medicine with warm milk instead of water. According to health experts, it does not cause any kind of reaction. Still, we need to understand that every medicine has its own function, which has different effects on health. So when given a prescription, ask your doctor how to take it and what to avoid.

Actually, ethanol is found in alcohol and if paracetamol is mixed with ethanol, there may be a problem of nausea, vomiting, headache, fainting. At the same time, some people consume paracetamol to get rid of a hangover after heavy drinking overnight, then it can put them in serious danger.

Explain that both paracetamol and alcohol together can make the liver toxic. Not only Paracetamol, taking any tablet with alcohol is not a good combination. At the same time, taking high doses of it can cause risk to the liver.

According to health experts, some medicines are taken empty stomach and some are taken with lukewarm water or milk. But there are some of these medicines which, if accidentally taken with milk, can cause a burning sensation in the stomach. On the other hand, talking about paracetamol, people who take it with alcohol, or take it after drinking alcohol. They may be harmed later on.

If you are pregnant or lactating, you should take medicines as recommended by your doctor. Although there is currently no scientific evidence to prove any side effects of the drug, recent studies involving paracetamol and pregnancy suggest that taking paracetamol during pregnancy may increase the risk of behavioral problems in children. There is a risk of increasing.

Petrol price likely to drop further by 30, alcohol may be cheaper in next 2 days

Government Plan: These 16 medicines, including paracetamol, will be available without a doctor’s prescription, preparations to be put in the ‘over the counter’ list

Petrol price likely to drop further by 30, alcohol may be cheaper in next 2 days

Government Plan: These 16 medicines, including paracetamol, will be available without a doctor’s prescription, preparations to be put in the ‘over the counter’ list