Action: Illegal shrines in Uttarakhand are no longer well, CM Dhami announced to run bulldozers by marking them in the districts 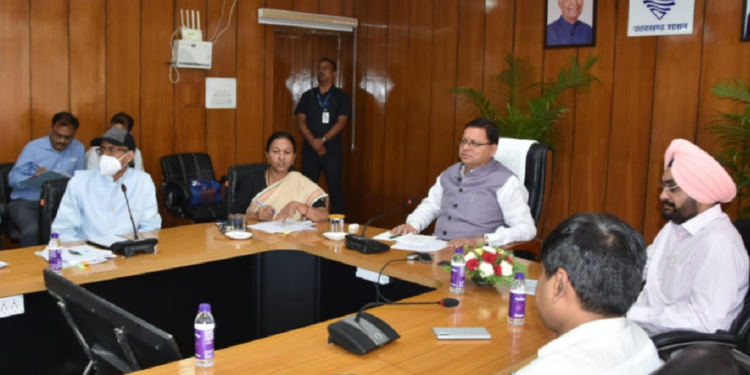 Dehradun. Illegal tombs built here and there in Uttarakhand are no longer good. CM Pushkar Singh Dhami has ordered the administration of all the districts to collect information about such illegal shrines. Bulldozers are going to run on these tombs soon. Earlier, Dhami had bulldozed the illegal meat and fish shops in Haldwani. Dhami said in a program that the time has come to take action against illegal shrines. The government is keeping an eye on the shrines built especially in the forest areas. Dhami says that the creatures of the forest are also facing problems because of these tombs.

Dhami said that land is being encroached upon in Uttarakhand by making mazaars. Many shrines have also been built in protected forests. In the Terai and Bhabar areas, the number of tombs has increased rapidly for the past 15 years. He said that all government land is being encroached on like this, but it will not be tolerated now. In the Kumaon division of Uttarakhand, only three dargahs have been built in the forest area of ​​20 km from Bajpur to Kaladhungi. The forest department also occupies land on the banks of the Sharda and Kosi rivers in Ramnagar in Gola Tanakpur of Haldwani. Mazars and Dargahs have also been built here. Many shrines can also be seen on the banks of Motichur, Shyampur, Corbett, Kalagarh Bijrani and Tehri lakes of Haridwar. Dhami said on the question of a magazine about this that the matter has come to the notice of the government. Government land will be freed from encroachment at any cost. Strict instructions have been given to the officers and such places are being identified. He said that I do speak sweetly and my nature is also calm, but I also take strict action as well.