After Amethi, Rae Bareli, how did the entry of Aditi Singh increase the BJP’s upper hand? 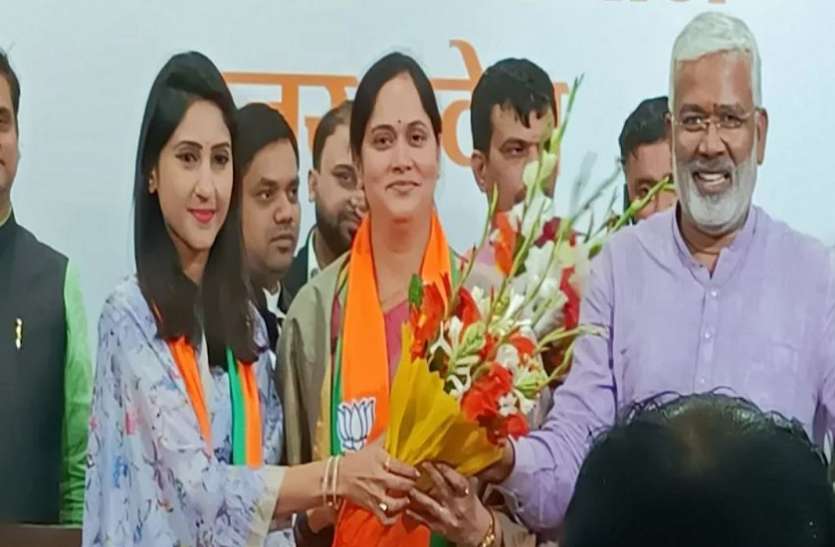 Who is Aditi Singh? How important is it for BJP?

Aditi Singh became an MLA for the first time in 2017 by winning the UP Assembly. Aditi is the daughter of the late Akhilesh Singh, a five-time MLA. Akhilesh Singh has been associated with Congress for a long time and was also an MLA from Rae Bareli Sadar for 5 times. The influence of Akhilesh Singh in this area can be gauged from the fact that even in the Modi wave, he was successful in getting his daughter to win the election from this seat. Not only Akhilesh Singh, but his daughter has also increased her influence in this area. It is the effect of Akhilesh Singh and Aditi Singh that in the year 2019 elections, Sonia Gandhi got 1 lakh 23 thousand 43 votes from Rae Bareli Sadar seat. However, like her father, Aditi Singh also got into a dispute with the Congress government. While in Congress, Aditi Singh has spoken in support of the BJP on many occasions, and has also vocally criticized the Congress. Now that she has joined BJP, Aditi Singh can stand as a candidate from BJP’s side from here. In such a situation, it will be difficult for the Congress to win here.

After defeating Congress in Amethi, BJP has been making constant efforts to clean it from its second stronghold Rae Bareli. In this direction, the BJP got a big success when the BJP defeated the Congress in its own stronghold Rae Bareli in the district panchayat elections in UP. Now the second success is likely to come with the involvement of Aditi Singh.

Along with this, the government is emphasizing on basic development in Rae Bareli. The Yogi government in Uttar Pradesh and the Modi government at the center are taking forward projects in Rae Bareli. Whether it is the establishment of All India Institute of Medical Sciences (AIIMS) or the passing of Ganga Expressway from Rae Bareli and railway projects, BJP is leaving no stone unturned. Rae Bareli’s former District Magistrate Neha Sharma had also highlighted this and said that at present there is no smart city project here, but many projects related to urban development are being worked on at the local level at a rapid pace. Work is already underway on big projects like Amrit Mission, Namami Gange AIIMS. Apart from this, the Modi government is working towards developing Rae Bareli as a hub in rail coach manufacturing.

ALSO READ  On the return of agricultural laws, Mehbooba Mufti again raised the demand for the restoration of 370, said - the government should also take back this decision

Political leaders with mass base turned away, old party weakened

In Rae Bareli, the reason for the weakening of the Congress’s base is also the political leaders with mass base being away from the party. In this area, the party used to have different leaders to make each caste in its favor. For example, Kunwar Harnarayan Singh and Harpal Singh for regional fraternity, Ramesh Shukla for Brahmin fraternity, Umashankar Mishra, Kamalnayan Verma for Kurmi community, Shiv Balak Pasi for keeping Dalits together and Haji Wasim Sahab as Muslim face. Like leaders were once the big faces of the party. Now these leaders are seen away from the party. Big faces like Aditi Singh and Akhilesh Singh have also moved away from the party. In such a situation, there does not appear to be any leader with a political base in the Congress who can create caste and social equation in Rae Bareli.

ALSO READ  So will a completely 'self-driving' vehicle not be possible? Know what Tesla has to say

However, the BJP worked to make Congress’s flaws its strength and even proposed to include disgruntled leaders in its party. Along with this, BJP is trying to win the assembly elections in Rae Bareli, from the development project to the grassroots level connect with the general public. Now with the joining of Aditi Singh, the claim of victory for the party has become stronger.

UP Elections: This is BJP’s complete plan to reach 12 crore voters

Sidharth Malhotra: I would have loved to be in the army like my grandfather

Kaam Ki Baat: Do you know that gas cylinders also have an expiry date? You can check something like this