Anti Hindu Oath: In Rajasthan’s Bharatpur, 11 newlyweds were first converted to Buddhism, then given an anti-Hindu oath 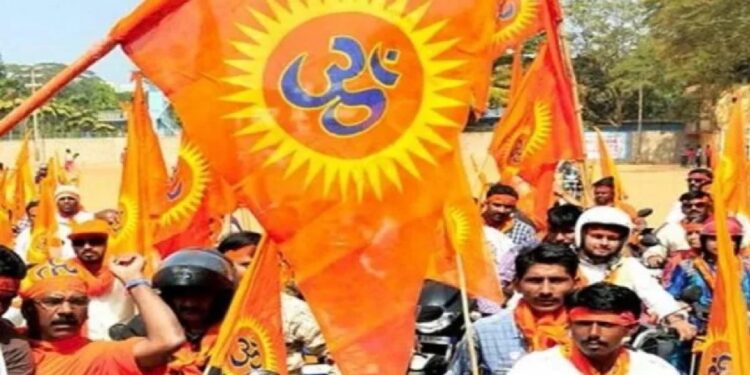 Bharatpur. A mass marriage program took place in Bharatpur, Rajasthan. It is alleged that newly married couples were initiated into Buddhism in this program. That is, he was converted. Then everyone was also administered an anti-Hindu deity oath. The video of this entire matter is going viral. According to the video, 11 newly married couples were administered the oath. In this they are seen saying that they will not accept Brahma, Vishnu, Ganesha, Mahesh. Neither will worship him. It is being told that many officers were also present during that time. According to the information, this mass marriage program took place on November 20 in Kumher town of Bharatpur. This program was organized by Sant Ravidas Seva Samiti.

What kind of mass marriage program is this in Bharatpur, Rajasthan, where it is being administered oath that I will never perform Shradh, I will not do Pinddaan, I will not get any rituals done by Brahmins?

Why are such programs happening from Chhattisgarh to Rajasthan and AAP in Delhi? pic.twitter.com/vMRYqIMYDT

There is an allegation on the functionaries of the Seva Samiti that all the couples were initiated into Buddhism before getting married. After which he was administered an anti-Hindu deity oath. It was also mentioned in this oath that we will not accept any deity of Hindu religion like Gauri-Ganapati. I do not believe in any incarnation of God. Lord Buddha is also not an incarnation of Vishnu. Such propaganda is madness and false. People took an oath that they would never say anything against Buddhism. The newlyweds also took an oath not to perform rituals like Shraddha.

According to Hindi newspaper Dainik Bhaskar, District President of Vishwa Hindu Parishad Lakhan Singh in Bharatpur called this program serious. He said that doing so is a threat to the integrity of the country. VHP opposed it. Lakhan Singh has said that Vishwa Hindu Parishad wants the administration to take action. If action is not taken, VHP will launch a big movement. BJP leader Amit Malviya has also raised questions on this. Let us inform that before this similar anti-Hindu oath was administered in Delhi. Then Rajendra Pal Gautam, who was a minister in the Kejriwal government, took part in it. A similar oath was also taken in Chhattisgarh’s Rajnandgaon. Mayor Hema Deshmukh was also involved in it. There was a lot of controversy in both the cases.