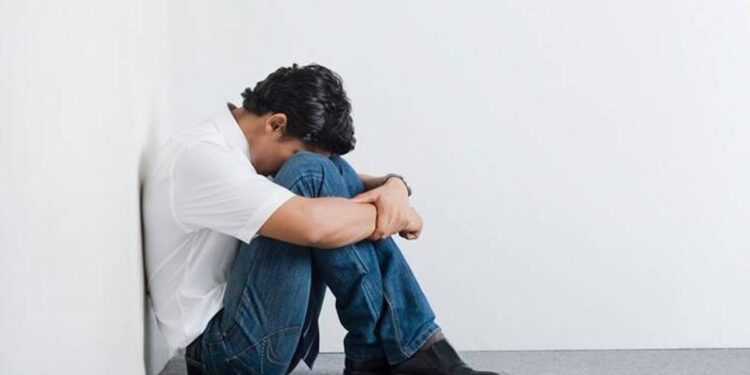 Life is the name of vivacity. But in the present times some people are living in a strange restlessness. They wander throughout their lives, they do not get relief from anything. Due to love affair, youth are taking steps like suicide day by day. This restlessness of his becomes on his life.

There was not the slightest difficulty that he was in the lap of death. They even forget what will happen to their family after their death. What pain, what pain will they go through? They only remember their own selfishness. They are immersed in the pain of separation in such a way that there is no news of the rest of the world.

To say that we are touching new heights of progress, but how surprising that even after such progress, a person is giving his life every forty seconds in the world. Especially young people who are deceived in love. Hardly a day passes when youth do not sacrifice their lives because of love affair. No matter how much we pretend to be modern, when it comes to love affairs, all the modernity remains grounded. Our own family starts putting obstacles in the bond of that love.

Even the society starts looking at love in the wrong light. Sometimes this sight becomes the reason for someone’s death. But what difference will someone’s death make to society? They care about their false pride. This is the reason that most of the suicides in the world take place in our country.

According to a report published in the journal Scientific, climate change is also causing suicide. The increasing humidity in the atmosphere and heat stroke is more responsible for the cases of suicide. Especially the youth and women have been affected the most.

Apart from this, according to the World Health Organization, 7.03 lakh people commit suicide every year in the world. That is, a person is losing his life in four seconds. According to 2019 statistics, suicide is the fourth leading cause of death amongst 19 to 25 year olds.

The age in which the youth should build their better future, should cooperate in the progress and progress of the country, in that age the youth are going towards death. It is a pain not only for the family or society, but also for the nation.

According to the statistics for some time, the cases of suicide have increased more than before. Today there is no such section where youth are not committing suicide due to love affairs. Even people associated with the field of acting also lose their lives in the pain of heartbreak.

The news of suicide due to love affair appears in the media headlines every day. Our society never takes this matter seriously, nor does the government take any concrete steps in this direction.

Suicidal tendencies are as psychological as they are social. Suicide can be prevented by the efforts of the society. Psychologists believe that young people suffer from depression due to deception in love. The feeling of loneliness prevails in these youths. They distance themselves from the real world. Even such young people lose their emotional connection with the family.

Such young people often become stubborn. Sometimes they become addicted to drugs. Such people get disillusioned with life and they move towards suicide. The World Health Organization says that when one person commits suicide, the lives of one hundred and thirty-five people associated with it are affected. It is true that not only one life is lost due to suicide, the people associated with it also go on getting trapped in the quagmire of mental anguish and pain.

Family problems are also the biggest reason for suicides in India. Family is the main reason for thirty three percent suicides in the country. Marriage is believed to be the cause of death of five percent of the people in the country. It is a bitter truth of the present era that marriages are getting grand in our society, but love and dedication towards relationships is no longer visible.

People get separated from family over small things. This loneliness leads them to death. It is worth noting that love affair is the reason for 4.4 percent of suicides in the country.

Lovers couple and mass suicides were the highest among these suicides. Increasing suicide in love affairs is becoming a cause of concern. If seen, there is no devotion towards love in the present era. Even the mutual communication is decreasing, which is increasing the tension in the relationship. The trend of nuclear family has increased in the society, due to which people do not give importance to relationships, which used to be in joint family.

These days film stars are also seen taking steps towards suicide. To say, the film world looks full of glitter, but the darkness behind this glow sometimes pushes the stars towards mental depression. Failure in love is not tolerated by them. Even these stars embrace till death.

Recently, three actors and a model associated with the Bengali film industry ended their lives by committing suicide. The suicides of four rising actresses in a span of fifteen days left everyone stunned. It is true that the brilliance of Bollywood has been attracting the youth. But when they are faced with the truth, they break down emotionally. become mentally ill.

In our society, psychopaths are seen from a different angle. This is the reason why often youth try to hide mental depression and due to not getting treatment on time, this problem becomes serious. In this way they slowly move like death. The present generation has to understand that dying cannot solve any problem.