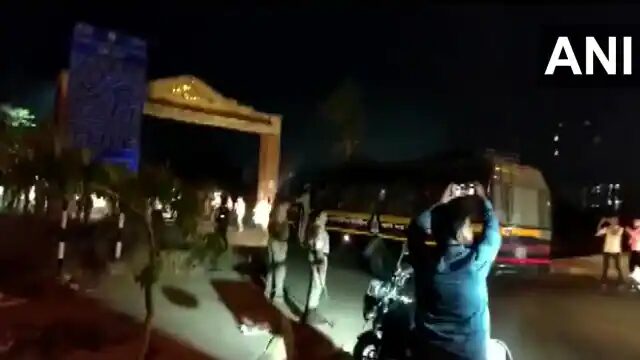 Independent MLA Ravi Rana and his wife MP Navneet Rana, arrested after the Hanuman Chalisa controversy in Maharashtra, were sent to 14-day judicial custody by the court on Sunday. Both the leaders have been kept in different jails. Navneet Rana has been kept in Byculla Women’s Jail. At the same time, her husband Ravi Rana was to be kept in Arthur Road Jail but due to overcrowding there, he has been transferred to Taloja Jail in Navi Mumbai.

The two have been booked under sections 153 (a) and 353 of the Indian Penal Code and section 135 of the Mumbai Police Act (violation of police prohibitory orders), officials said. Both were produced before a court in Bandra on Sunday, from where they were remanded to 14-day judicial custody, Public Prosecutor Pradeep Gharat said.

“There are also charges against him under section 124-A (sedition) of IPC as he had challenged the government machinery and made comments against Chief Minister Uddhav Thackeray,” he said. Gharat said the court will hear the bail application of the Rana couple on April 29. Advocate Rizwan Merchant, appearing for the couple, said, “Two separate FIRs have been registered against both of them at Khar police station. All allegations are baseless and we will apply for bail.