Athletics (Discus Throw): Kamalpreet became the second Indian to reach the final, out of bounds

by AnyTV
in Latest News, Sports
Reading Time: 3 mins read
0
A A 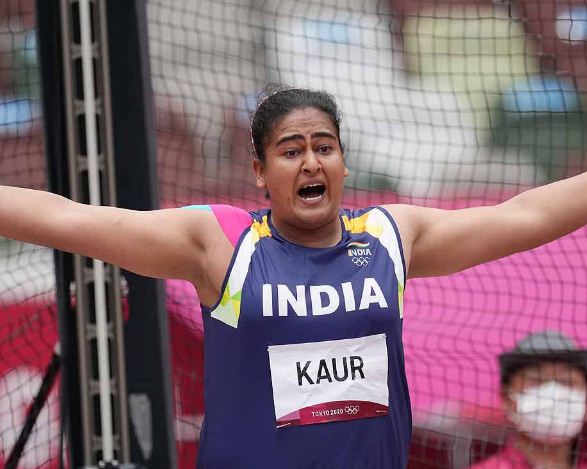 Entered the finals by securing 64 meters for the qualification

Tokyo, July 31 (IANS) | India’s Kamalpreet Kaur has reached the final of the women’s discus throw event of Tokyo Olympics-2020 with a brilliant performance but Seema Punia has to find a way out. Kamalpreet is the second Indian to reach the final of the Olympic discus throw event. Kamalpreet, the only Indian to achieve a mark of 65m during the Federation Cup held in Patiala in March this year, on Saturday secured a ticket to the finals in the Qualification Group B by securing an automatic qualifying mark of 64m in her third attempt but in the Border Qualification Group. Despite all the efforts in A, she could finish sixth with 60.57m.

There were 15 athletes in qualifying Group A and 16 in B. A total of 12 top athletes from these two groups will advance to the finals. In addition to those who have qualified automatically, the athlete with the best distance will be ranked in the order of preference. Apart from Kamalpreet from Group B, Verale Allaman (66.42) of America could get the automatic qualifying mark. Three athletes from Group A and nine from Group B have qualified for the finals based on the distance measured.

If we talk about 2014 Incheon Asian Games gold medalist Seema, then it did not start well for her. Seema threw first, but she was declared a foul in her first attempt. However, in the second attempt, he threw 60.57 meters. Four-time Olympian Seema could not even touch the 64m qualification mark in her third attempt. He made a poor throw of 58.93m. The best throw in Seema’s group was from Croatia’s Sandra Perkovic. Perkovic took a throw of 63.75 meters.

Kamalpreet, who is in Group B, measured a distance of 60.29 meters in the first attempt. After this she reached 63.97 in the second attempt. Even with this distance, she looked to qualify for the final but her attempt was to achieve the automatic qualifying mark and in her third attempt she reached there with 64 meters. Before Kamalpreet, Krishna Poonia had qualified for the final in the 2012 London Olympics but she could not reach the medal. If Kamalpreet retains the standings in the qualifying, then she can win a medal. In the Indian Grand Prix-4 held at NIS, Kamalpreet had covered a distance of 66.59 but it is yet to get the status of a national record. If Kamal can repeat this performance, then India can get great success.