Bihar Accident: Tragic accident in Bihar’s Vaishali, 15 people lost their lives after being crushed by a truck, compensation announced Patna In Bihar’s Vaishali district, a truck ran over many people on Sunday night. 15 people lost their lives in this accident. Many more have been injured. The injured are being treated in the hospital. It is being told that the truck driver had lost control over the vehicle. Expressing grief over the accident, PM Narendra Modi, CM Nitish Kumar and Deputy CM Tejashwi Yadav have announced compensation. According to the police, this incident of crushing people by a truck took place in Sultanpur village of Desari police station area at 9 pm. The people who were run over by the truck were participating in a puja.

Police say that all the people had gathered near a Peepal tree on the roadside. He was worshiping Bhumiya Baba, considered a local deity. Then the uncontrolled truck crushed them. In this accident, 12 people were killed on the spot itself. Whereas, three others lost their lives while being taken to the hospital. After getting information about the accident, RJD’s local MLA Mukesh Roshan also reached the spot. When the injured were brought to the Sadar Hospital, there were no civil surgeons. He came after about an hour and a half. Seeing him coming late, the MLA got angry and scolded him. 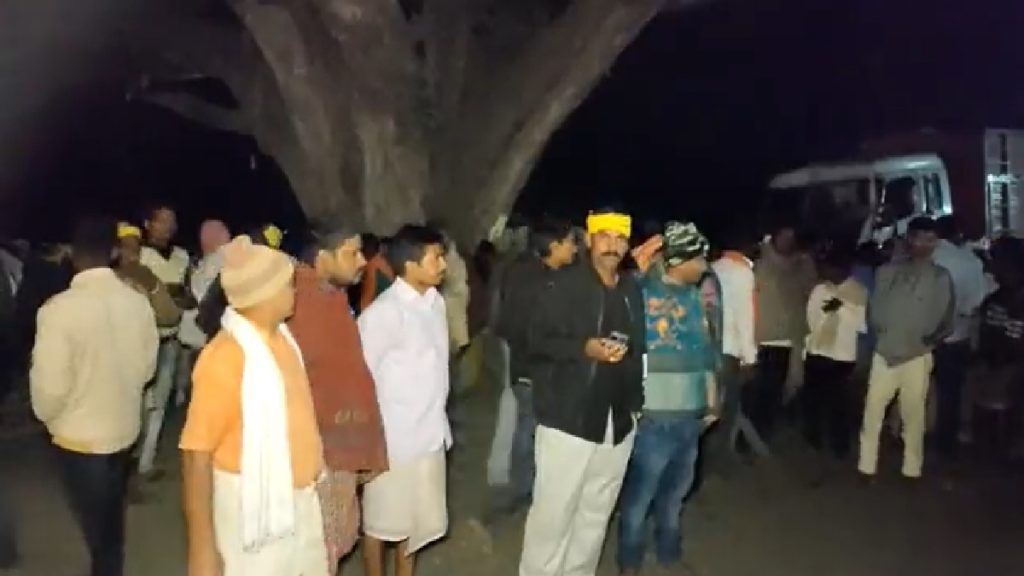 Vaishali SP Manish Kumar told the media that people had stopped for worship near the Peepal tree as part of the wedding rituals. He told that the truck driver has also died. PM Narendra Modi has announced an assistance of Rs 2 lakh for the next of kin of the deceased and Rs 50,000 for the injured in the accident. Bihar CM Nitish Kumar has also talked about giving a compensation of 5-5 lakhs. At the same time, Tejashwi Yadav has wished for the speedy recovery of all the injured.

The accident in Vaishali, Bihar is saddening. Condolences to the bereaved families. May the injured recover soon. An ex-gratia of Rs. 2 lakh from PMNRF would be given to the next of kin of each deceased. The injured would be given Rs. 50,000: PM @narendramodi

I am pained by the incident of a speeding truck crushing many people including children in Desari police station area of ​​Vaishali. There is deep sympathy for the relatives of the deceased and they will be given an ex-gratia grant of Rs.5 lakh each. Instructed for proper treatment of the injured. Wishing him a speedy recovery.

Deeply saddened by the heartbreaking news of the death of several people in a road accident in Hajipur tonight. I express my deepest condolences to the bereaved families and wish the injured a speedy recovery. May God give peace to the departed souls and strength to their families to bear this loss.