Bihar: We also have to become IAS, IPS CM sir, the child’s heart-winning appeal in front of Nitish 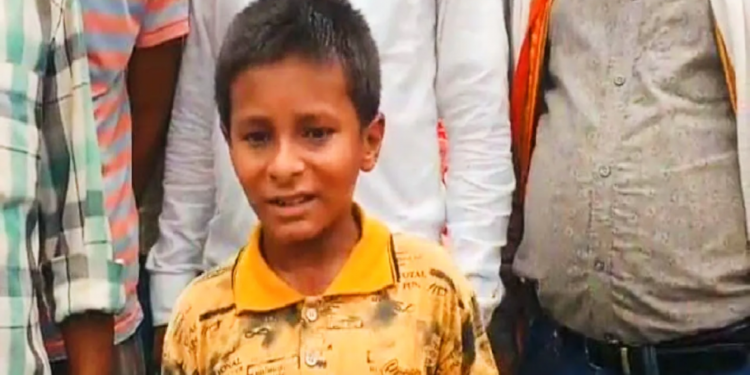 Janhvi Kapoor Trolled: Janhvi Kapoor got trolled for ignoring the woman who was coming in front of taking selfie, people said – look stern…

New Delhi. A child was seen pleading in front of the Chief Minister of the state, Nitish Kumar, who arrived at a program in Bihar. Opening the pole of Bihar’s education system, this child put forth his point in front of the CM. After this, the CM instructed an officer present there to listen to this child. But even after this, this child named Sonu Kumar requested the CM to listen to him and put forward his point.

Actually, Nitish Kumar had reached his village. During this, CM Nitish was listening to the problems of the people in the mass dialogue program. Where 11-year-old Sonu Kumar also reached. During this, as soon as the child arrived, there was a stir among the people. Sonu Kumar has done the work of telling the bitter truth by meeting CM Nitish Kumar.

There is no study in government school

During the program, this child named Sonu Kumar had come to meet CM Nitish Kumar. After this it said, “Give us courage to read. After this the child said to the Chief Minister that “My father drinks alcohol, our parents do not want to teach. On this, CM Nitish has assured help to the child. On this the child says that we need education and there is no education in government schools. At the same time, Sir also does not know anything in government school. If the government helps, I also want to become an IAS and IPS. The child says that the condition of education in the government school is going from bad to worse. During this, seeing the ability of the child, from the officer to the leader are stunned.

Janhvi Kapoor Trolled: Janhvi Kapoor got trolled for ignoring the woman who was coming in front of taking selfie, people said – look stern…

Rules will be implemented soon to crack down on coaching institutes in Bihar, without registration, running coaching will be a crime