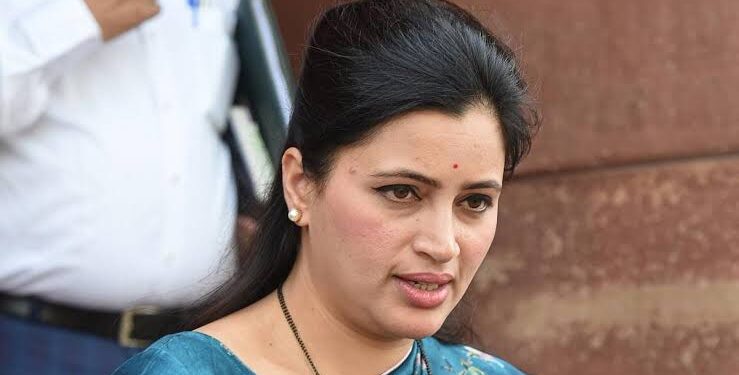 Mumbai The Bombay High Court on Monday dismissed the plea of ​​Independent MP Navneet Rana and her husband and MLA Ravi Rana, seeking quashing of the second of the two FIRs lodged against them.

Rana, who had planned to read Hanuman Chalisa outside Maharashtra Chief Minister Uddhav Thackeray’s house, had moved the Bombay High Court seeking quashing of the FIR lodged against him, but the couple could not get any relief from the court.

The court said that reading Hanuman Chalisa outside one’s house amounted to infringement of one’s personal liberty and the problem of law and order had arisen because of the Rana couple.

The judges upheld their reference to the FIR relating to chanting of Hanuman Chalisa near the CM’s private house as reciting religious mantras at another person’s residence or in a public place is a violation of the personal liberty of another person. The court observed that the Maharashtra government was right about its apprehensions that it might lead to law and order situation in Mumbai.

In its strong observations, the court said, “In public life, individuals are expected to act responsibly. With great power comes great responsibility.”

The High Court said that before arresting in the FIR, both have to give 72 hours prior notice.

The judges said that if the state government wanted to initiate proceedings against the Rana couple for the second FIR, they would give 72 hours’ notice to the petitioners (Rana couple) before taking any such remedy.

Rana couple’s lawyer Rizwan Merchant said that after receiving the notice, they will decide on their next course of action in 72 hours.