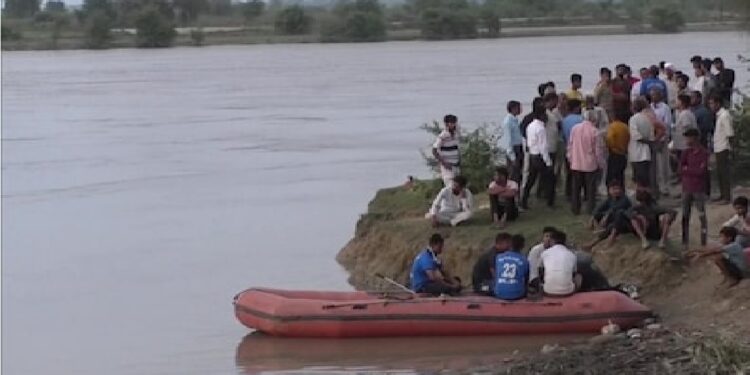 New Delhi. The festival of Vijay Dashami and Durga Puja immersion has been celebrated across the country, but during this time, heart-wrenching incidents were reported from many places. From UP to Bengal, there was an outcry due to some big incidents. Now heart-wrenching news is coming from West Bengal where people who started immersing in the river in Jalpaiguri district drowned due to sudden floods. Eight people are reported to have died in this accident, while many people are feared missing. At present, the rescue work of the people is going on. Search is on for the missing people in the river.

people washed away in the river in bengal

The incident is being told of Jalpaiguri district of Bengal where some people had gone for immersion of the idol of Mother Goddess in the Mal river. As soon as the people descended into the depth of the river, suddenly there was a flood and all the people were washed away. Jalpaiguri SP Debarshi Dutta told that 8 people have died in the accident while many people are missing, work is being done to find them. The incident is said to have happened between 9 and 10 pm. He told that a large number of people had come for immersion in the river. So far more than 60 people have been rescued and work is on to find many missing people. NDRF and police administration teams are doing rescue work.

Many people were trapped in the river & many washed away. Bodies of 7 people were recovered. NDRF& civil defense deployed; rescue underway: Jalpaiguri SP Debarshi Dutta pic.twitter.com/cRT3nnp7Gz

Apart from Bengal, 6 people have died due to drowning in a ditch during the immersion of Durga idol in Ajmer, Rajasthan. The ditch was deep and filled with water. Local police said that some people had gone to immerse the idol. He had no idea the depth of the ditch. At the same time, in Agra, UP, three people drowned during idol immersion. So far, about 17 people have died due to drowning at different places.