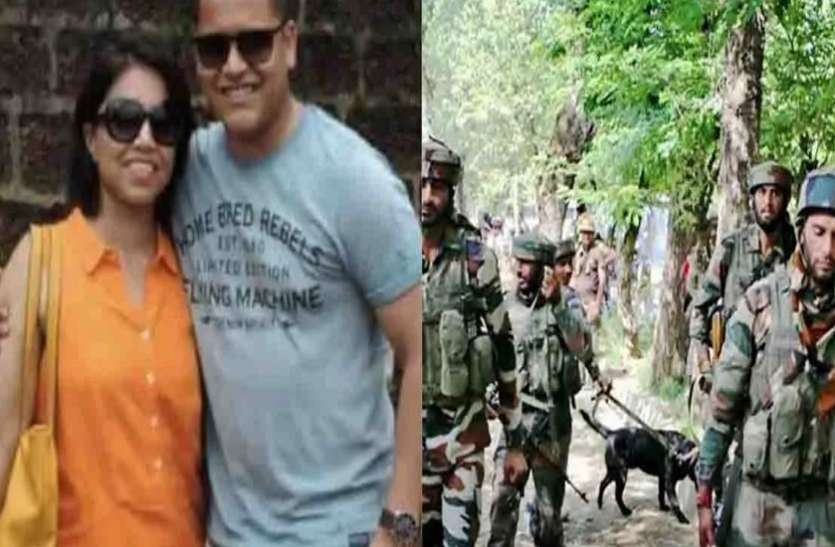 China, which is facing India in Ladakh, is constantly funding militant organizations in Northeast India, so that they can open another front for the Indian Army. China’s connection cannot be ruled out in the attack that took place in Manipur on Saturday. The People’s Liberation Army (PLA) and Manipur Naga People’s Front (MNPF) have claimed responsibility for the attack in Manipur. At the same time, the wires of the PLA are connected with China, from where they get enough funds and weapons. It is clear that China wants to destabilize Northeast India.

When did the incident happen?

Four soldiers of paramilitary forces including Commanding Officer Colonel Biplab Tripathi were killed in a cowardly attack by ambush militants in Manipur on Saturday.

File photos of Colonel Viplav Tripathi, Commanding Officer of 46 Assam Rifles, his wife and 8-year-old son who lost their lives in a terrorist attack on a convoy of Assam Rifles in Churachandpur, Manipur today pic.twitter.com/g1sbXsEw0c

The attack took place in Singhat area of ​​Churachandpur district of Manipur when Biplav Tripathi, the commanding officer of 46 Assam Rifles, was returning with his convoy after visiting a post. During this his family was also with him. The ambushing militants launched an IED attack on the convoy, then opened fire in which the colonel’s wife and child were also killed. After meeting the soldiers injured in the attack, the Chief Minister of the state N Viren Singh is conducting a search operation in the entire state so that those who are behind this attack can be taught a lesson. The area where the attack took place is near the Myanmar border, so now surveillance on the border has been increased. People Liberation Army (PLA) and Manipur Naga People’s Front (MNPF) have claimed responsibility for the attack.

Behind this cowardly attack, there is a lot of discussion about the People’s Liberation Army, which is funded from China, which was formed by N. It was held on 25 September 1978 under the leadership of Bisheshwar Singh. Explain that this organization mainly consists of people of Pangal and Meitei communities, while Nagas, Kukis and other tribes of Manipur are not with this group. This militant organization wants to make Manipur a separate country. However, this organization is constantly striving to unite other tribes so that it can fulfill its goal of making Manipur a separate country. There are about 4000 fighters in this militant organization and it is active in four areas of Manipur.

Security forces are on target

The People’s Liberation Army, since its formation, has been targeting the Indian Army, paramilitary forces and police in the state. This organization was weakened in the 80s when on July 6, 1981, N. Bisheshwar Singh was arrested and in 1982 the death of PLA chief Thodam Kunjbehari. After this, in 1989, this militant organization formed its own political front, which was named Revolutionary People’s Front. After this, in 1990, it had announced not to attack the state police personnel.

ALSO READ  BMW has launched its first electric car in India, on a single charge, it will run four hundred and fifty kilometers

China is providing weapons with training

Regarding this attack, Indian intelligence agencies claim that China is taking revenge for the defeat of Ladakh India by destabilizing Northeast India. In Manipur, China is providing weapons to the militant organizations on a large scale and is even training their militant leaders in China.

Last year itself, security agencies had warned the Modi government and said that four of India’s most wanted militant leaders had gone to Kunming city of China in October, where they were trained. Not only this, China is providing weapons to the militants of Northeast India in large quantities, in which Chinese companies are giving their full support. China is regularly providing dangerous weapons like AK-47, AK-56, hand grenades, night vision devices and ammunition to the militant organizations of Northeast India.

China has been denying all these allegations, but there has been many evidences from which it has been proved that these militants get weapons from China which reach India through Myanmar and Bangladesh.

Intelligence agencies themselves had informed that insurgent groups, Revolutionary People’s Front (RPF), People’s Liberation Army for Manipur (PLAM) and United National Liberation Front (UNLF) operating in Manipur were found in the camps in Senam and Bualkung in Chin state of Myanmar. Providing state-of-the-art weapons in huge quantities. Not only this, in the year 2012, the NIA also exposed the Chinese connections of Maoists in Northeast India.

China’s network needs to be broken

Four Assam Rifles soldiers were killed and four were injured in an ambush in Manipur’s Chandel district in July this year. This is the same area when 6 years ago on June 4, 2015, one of the biggest attacks on the Indian Army took place, in which 18 soldiers of the army were killed and 15 soldiers were injured. At that time also the hand of the Chinese Army came to the fore behind the attack. Then the Indian Army did a surgical strike, after which these militant organizations had become cold, but once again they have become active on the behest of China. You can guess from this how China is engaged in destabilizing Northeast India.

If you notice, as the relations between India and China have soured, there has been an increase in the insurgency incidents in the northeastern states. China is using extremist leaders against India with full gusto against India so that India remains embroiled in internal issues. On the one hand, Pakistan is engaged in destabilizing Kashmir, while China is trying hard in Ladakh, and now the increasing militant attack in the Northeast has increased the concern of the country.

The Indian government should now take concrete steps to weaken this network of China, otherwise China will create new problems for India in the northeastern states.