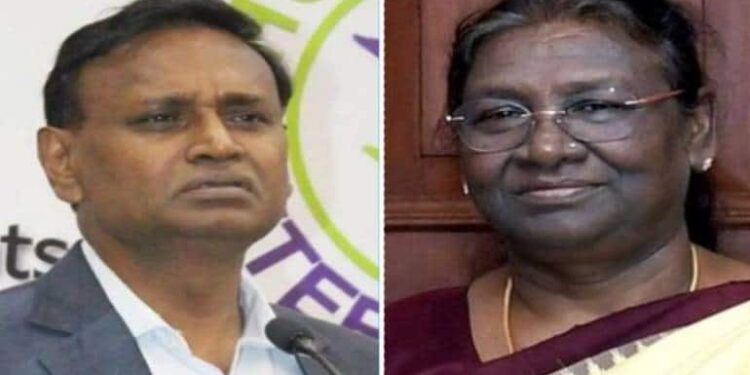 New Delhi. Congress leader Adhir Ranjan Chowdhury, a big name in the country’s politics, made a controversial statement about the country’s President Draupadi Murmu some time ago, after which he was criticized across the country. Now once again the name of Congress leader Udit Raj has also been associated with the name of President Murmu. In fact, Congress leader Udit Raj, who made a statement of ‘Gujarat salt’ on Draupadi Murmu, is now seen to be badly caught in the noose of the Women’s Commission. The National Commission for Women has taken immediate cognizance in this matter. The commission has said that strict action should be taken against Udit Raj.

Let us tell you that the National Commission for Women will now send a notice to Udit Raj regarding the statement given in relation to Draupadi Murmu. On the other hand, Udit Raj has given clarification on his statement by tweeting on his Twitter handle. Congress leader Udit Raj tweeted, “My statement is personal to Draupadi Murmu ji, not of Congress party. Made Murmu ji a candidate and asked for votes in the name of Adivasi, were the tribals not left by becoming the President? If there is the President of the country, then also the representative of the tribal. Crying comes when people go to the post in the name of SC/ST and then keep quiet.

National Commission for Women sends notice to Congress leader Udit Raj pertaining to his statement regarding President Droupadi Murmu. NCW further asks him to apologise for the same. pic.twitter.com/ziPzMQkB97

After this, Udit Raj did not stop here, he did two more tweets one after the other. He further wrote, “Draupadi Murmu ji has full respect as the President. She is also the representative of Dalit-Adivasi and they have the right to question their share. It should not be linked to the post of President.”

What was Udit Raj’s statement?

It is worth noting that earlier Congress leader Udit Raj had tweeted and wrote, “No country should get a President like Draupadi. This is the limit of silliness. It says that 70 percent of the people eat salt from Gujarat. If he himself lives life by eating salt, then you will know.