Congress: On the last day of Chintan Shivir, Sonia Gandhi said, we will be successful, so social media users ridiculed it like this 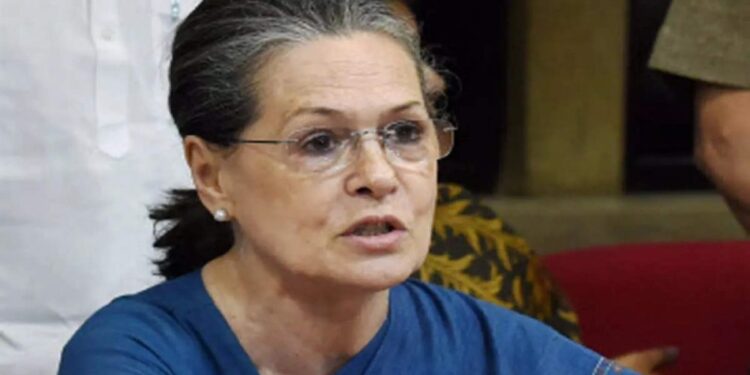 New Delhi. So let us tell you in detail about those arguments given in Sonia Gandhi’s Chintan Shivir today. Due to which the entire Congress is being ridiculed on social media. Now whether it is Rahul or Sonia or whether it is Priyanka Gandhi, a ray of hope for the new Congressmen. Everyone is being ridiculed fiercely. No one is being spared. What to do now, the misery of the poor Congress which has reached its peak. In the hope of rectifying this misfortune, the last three days Chintan Shivir was organized in Udaipur, Rajasthan. In which all the abbots of Congress registered their presence. Opinions on many issues have become public during the Chintan Shivir in the last two days. About which we have already told you with detail in our previous reports. Now in the meantime, on the last day of the Chintan Shivir, we tell you about Sonia Gandhi’s arguments in detail, after which Congressmen are being targeted on social media. Come, first of all, you should know that what did Sonia Gandhi say during the Chintan Shivir?

So to infuse new energy in the minds of the Congressmen who are constantly feeling discouraged by the failures, Sonia Gandhi started her argument by saying that we will be successful. Just…then what…the same thing was not heard by people on social media. Sonia said that I am sure that this three-day camp will prove useful for all of us in the coming days. So in this pretext you all had a suitable platform to share your thoughts and I am sure you made full use of it. Sonia said that I have received feedback from the leaders of all the 6 groups who participated in the Chintan Shivir and now in the coming days we will prepare a roadmap to fix the party on the basis of them. I am sure he will inform me about the activities of the party in the coming days. He said that through this contemplation, we have got an opportunity to look into our mind, on the basis of which we will be helped in preparing the manifesto for the upcoming Lok Sabha and Vidhan Sabha elections. Sonia said that I assure all the leaders who came to the Chintan Shivir that in the coming days, the topics which are at the center of discussion of all of us will be discussed. We will be active in the coming days with a collective objective.

He said that this year, starting from Gandhi Jayanti, will start a national Kanyakumari to Kashmir India Jodi Yatra. We will all participate in this. This Yatra is to strengthen the bonds of social harmony, which are attacking the core values ​​of our Constitution and to highlight the day-to-day concerns of crores of our people. Sonia Gandhi further said in her address that keeping in mind the unemployment prevailing in the country, she will start the Nav Jagran Abhiyan, in which various issues including unemployment will be discussed in detail. Sonia said that a task force will be formed to rectify the internal woes of the party, so that the party’s plight can be resolved. Sonia further said in her address that I have also decided to form an advisory group from CWC which will meet regularly under my chairmanship and discuss the political issues and challenges before our party. Of course, we have CWC which meets from time to time and this will continue. However, the new group is not a collective decision-making body, but will help me leverage the vast experience of senior colleagues. So this was Sonia Gandhi’s speech given in the Chintin camp, many video clips of which are also going viral very fast on social media and are also making fun of it. So let’s show you again about the condition of social media that flourished due to Sonia Gandhi’s speech.

Sonia Gandhi party has given us a lot, now is the time to pay off the debt of the party, on the other hand Jakh Saheb resigned and took out the party’s debt. pic.twitter.com/xJIpePrqoO