by AnyTV
in Latest News, Politics
Reading Time: 2 mins read
21 1
A A 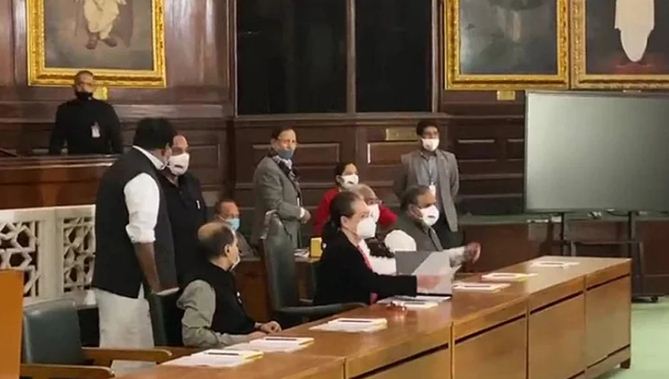 New Delhi. In the Congress Parliamentary Party meeting, Congress President Sonia Gandhi attacked the Modi government fiercely. Sonia Gandhi said that the Modi government at the Center was accused of selling the country’s assets. All Congress MPs including Rahul Gandhi were present in this meeting held in the Central Hall of Parliament. In fact, the opposition, including the Congress, is constantly attacking the suspension of 12 members of the Rajya Sabha. The opposition’s protest continues even on the 7th day of the Winter Session.

In fact, the Congress and other opposition parties are demanding the cancellation of the order suspending 12 MPs from the winter session. Sonia Gandhi said that the party stands in solidarity against the suspension of MPs.

Also read: Tejashwi Yadav is going to tie the knot, will be engaged in Delhi in the presence of Lalu family

Also read: Delhi: Mehbooba Mufti’s big statement, will not contest elections until Article 370 is restored in Jammu and Kashmir

Sonia Gandhi said that the Congress stands in complete solidarity against the suspension of 12 MPs.

Congress MP Deepender Singh Hooda has sent Adjournment Motion Notice in Rajya Sabha. He has demanded a discussion in the House on the issue of legal guarantee of MSP to the farmers, compensation to the deceased farmers.

For the last 32 years, Gangaram is operating the traffic without pay, not even caring about his age.

Before the assembly elections, the EC gave these instructions to the states, said – it is very important for fair elections

Neeraj worked hard to get gold, had given up sweets for six months