by Sarvesh Sinha
in Business, Latest News
Reading Time: 2 mins read
0
A A 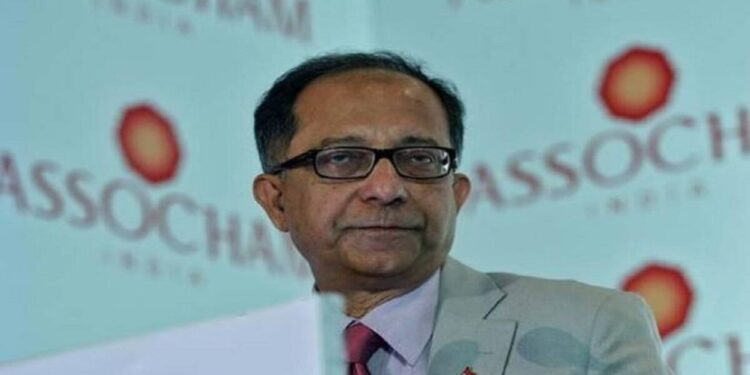 Former World Bank Chief Economist Kaushik Basu on Tuesday said that even though the fundamentals of the Indian economy are strong, increasing divisions and polarization are damaging the foundation of the country’s development. Basu was the Chief Economic Adviser to the Government of India from 2009 to 2012.

He said, India’s big challenge is unemployment and lack of work, because youth unemployment in India is more than 24 percent, due to which it is included in the countries with the highest unemployment in the world. Basu said in an interview to PTI-Bhasha, ‘The development of a country does not depend only on economic policy. One of the major determinants of the economic success of a nation is the trust among the people. This is growing proof of that.”
The eminent economist said, “The rapid division and polarization in Indian society is not only sad in itself, but it is damaging the foundation of the country’s development.”

According to Basu, India has strong infrastructure – a large entrepreneurial class, highly skilled workers, and a high investment-to-GDP ratio, although it has been falling over the years.

Replying to a query on high inflation, he said that the inflation that India is witnessing is a global phenomenon and is due to the Covid-19 pandemic and the war in Ukraine and supply-chain disruptions, which are due to these factors. reasons have arisen.

“While the cause of inflation is different from India, what worries me is that we are not doing enough to protect the poor and middle class,” said Kaushik Basu, a professor of economics at Cornell University. It said that though retail inflation hit an eight-year high of 7.8 per cent in April this year, wholesale price inflation stood at 15.08 per cent.

“We have not seen such high wholesale inflation in the last 24 years,” he said. Said that what is happening now dates back to the late 1990s, when the East Asian crisis broke out in India.

Indicating that WPI inflation is now in double digits for 13 months, Basu said this worsened the situation, as it means that the current high inflation was on top of the sharp inflation a year ago.

So India should not forget what it learned during the East Asian crisis, Basu said, adding that the CPI inflation is likely to rise further, chasing WPI inflation. Said, “My calculations are that India’s CPI inflation will cross 9 per cent. We should do everything possible to ensure that it doesn’t break into double digits.”

“What is hurting India the most is unemployment and the RBI being cautious not to slow down the growth is the right move,” Basu said. (with inputs from PTI)