by AnyTV
in Latest News, Politics
Reading Time: 5 mins read
0
A A 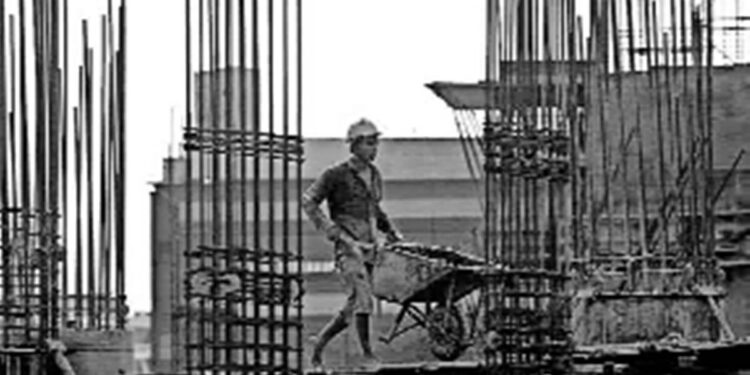 Generally, the condition of an economy is assessed on the basis of its GDP.

GDP is more related to quantitative aspects and less to qualitative aspects. It believes that the bigger one is better. It does not differentiate between good and bad production. It also includes those activities which increase income, but are harmful to the economy and society in the long run.

The satisfactory thing of the budget for the financial year 2022-23 is that it is believed that the country’s gross domestic product growth (GDP) rate will remain above nine percent this year. This is despite the impact of the pandemic on the economy. India is counted among the fastest growing economies in the world and it is estimated that in the next decade it will become the third largest economy in the world. This estimate has also been made on the basis of the potential GDP of the country at that time.

Generally, the condition of an economy is assessed on the basis of its GDP. According to this, the United States, China, Japan and Germany are ranked from first to fourth and India at fifth place respectively. It is worth noting that all of these countries, except China, have a much smaller population than India, yet they are ahead of India in terms of the size of the economy and are counted among the developed countries. While India is still considered a developing country.

The infrastructure that exists in developed countries and the average standard of living of the people is far ahead of India. Also, there are many countries whose GDP growth rate is lower than India, but they are ahead of India in terms of overall development. This analysis gives rise to the question whether GDP and its growth rate reflect the true state of an economy?

GDP is the value of goods and services produced within a specified time period within a country’s geographical boundaries. It is calculated in three ways- first on the basis of value of products, second- on the basis of amount of expenses and third on the basis of income. Whatever be the basis, but a section of economists as well as sociologists believe that the complete condition of the economy cannot be known just by looking at the figures of GDP and its rate of growth.

Just as competition is naturally visible in the business world, different countries also try to outdo each other. Most of this competition is on the economic front. Anyway, democratic governments focus on strengthening the economy of their respective country. One of the purposes behind doing this is to do it considering it as one’s duty. The second purpose is for governments to build their credibility, so that they get a chance to come back to power on the basis of their economic achievements. Thus GDP has both economic and political implications.

There is no doubt that it is a difficult task to assess the financial condition of a country as a whole. In such a situation, the GDP here comes as a big help. Its concept has no shortage of fans. Professor Philipp Leipnez at a university in Germany calls GDP the most powerful statistical figure in human history. But now a class of people who think differently than this is emerging. Some critics say that GDP is merely a summary of statistics to reflect the economic health of a country. Others call it a mere estimate.

GDP is more related to quantitative aspects and less to qualitative aspects. It believes that the bigger one is better. It does not differentiate between good and bad production. It also includes those activities which increase income, but are harmful to the economy and society in the long run. Such as the establishment of industries by cutting down forests, fishing deep in the sea, increasing production in factories and with it there will also be an increase in water and air pollution.

The economies which are currently exploiting their resources to the fullest, their GDP will be higher in the figures. But the cost that one may have to pay for this exploitation does not count in this. There may be many occasions when a country with a higher rank in GDP lags behind on some important front than a country that is backward from itself.

It is not necessary that the GDP of a country should also accurately reflect the quality of life of the residents of that country, because it does not take into account such things as health, education, equality of opportunities, which are in any way from money to money. is no less important. One does not need to go far to understand this. We are on our way to be among the top economies of the world, but it is also important to understand some ground realities. Unemployment is at its peak in the country. People are ready to work, but there is no work.

The economy may be growing in size, but it has failed to generate enough employment opportunities. There are crores of people who are not employed according to their ability or ability and are bound to accept whatever work they get, their destiny. The income of schools, colleges and universities with high fees is also adding to the GDP somewhere. But the condition of education in the villages is poor. One still hears of such schools in which teachers are either very short or just seldom present for their work.

Despite laws prohibiting child labor, exploitation of children by taking work from them in hotels, dhabas and many other places continues unabated. We have seen the condition of health facilities during the pandemic. Cure for the poor still remains out of reach. Both real estate prices and demand are rising, but slums remain. The number of homeless people is no less. We keep hearing tales of the ill-effects of increasing pollution. Agricultural production may be increasing, but the number of farmers burdened with debt and landless is also increasing.

On the one hand, there is a voice of women’s empowerment, then the increasing cases of women’s harassment and rape lower our head in shame. People from the lower middle class are stepping into the middle income group. There are many families in which if there are three or four members, then all are earning a good amount, but the class of those who are not able to earn bread on June 2 also remains present. The gap between rich and poor is increasing instead of decreasing. Education and payments are being digitized, but in the current situation, the benefits of this digitization are available to a limited number of people. We are also far behind in terms of social security. India is still at the bottom of the list of the happiest countries in the world. This makes the limits of GDP clear.

It is certainly important that the country’s focus remains on increasing GDP. It is a good thing that our value in the world increases with this indicator being elevated. But at the same time it is also necessary that we remove the above mentioned shortcomings by focusing on inclusive development, so that the development proves to be inclusive and the dream of a welfare state which has not been fulfilled even after seventy five years of independence.