Goons are high under TRS rule, more than 100 people kidnapped the girl, you will be stunned to see the video 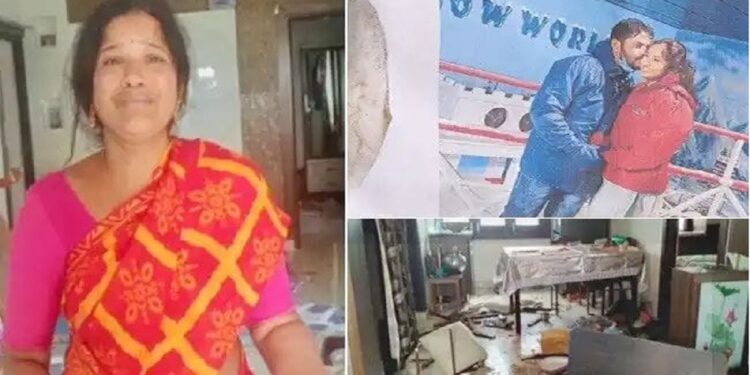 New Delhi. The law and order situation in Telangana’s Ranga Reddy district is somehow out of whack. You can guess it from a video. In fact, a shocking incident has come to the fore from Adibhatla area. Seeing which you too will be stunned. Here more than 100 people kidnapped a 24-year-old girl by forcibly entering her house. Not only this, people also ransacked his house. The video of this incident is also becoming increasingly viral on social media. It can be seen in the video that many people forcibly enter the girl’s house and kidnap her. At the same time, after the video surfaced, question marks are being raised on the TRS government of Telangana that after all goons in their government are openly kidnapping a girl.

On the other hand, when the family members of the girl protested, people attacked them. Along with this, the girl’s father was fiercely beaten with sticks. It can be seen in the video that they are also trying to damage the vehicle kept outside the house. The girl’s name is being told as Vaishali. The girl’s parents said that more than 100 people forcibly entered their house and ransacked it and also kidnapped their daughter.

#WATCH , Ranga Reddy, Telangana | A 24-yr-old woman was kidnapped from her house in Adibatla y’day. Her parents alleged that around 100 youths barged into their house, forcibly took their daughter Vaishali away & vandalised the house. Police say, case registered & probe underway. pic.twitter.com/s1lKdJzd2B

On the other hand, after the matter came to light, the Telangana Police took action and registered a case under section 307 of the IPC. The police have arrested 16 accused in connection with the case and also rescued the kidnapped girl. Along with this, the police have joined the investigation of other people and the matter has also been investigated.

Rachakonda Additional CP, Sudheer Babu : We are booking the accused under serious offenses including 307 IPC. Spl. Teams formed to rescue the girl and nab the accused. pic.twitter.com/PPHTWnTjGq