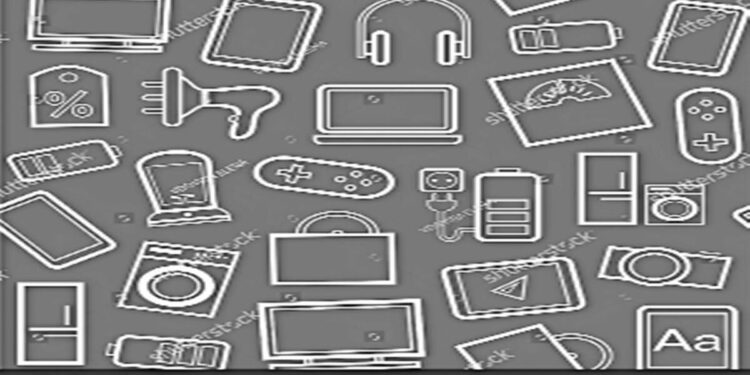 Most of the companies that have become unicorns overnight on the strength of foreign investment do not have any solid business blueprint. They also lack experience dealing with recessions. There is no way but to spend money to move forward. Even at the management level, there is no other policy except to show external brilliance. So such startups are soon becoming irrelevant.

Employment is a big issue for a populous country like India. Government should give employment, private sector or youth should set up an enterprise on their own, set up a manufacturing unit or set up an online business – every one of these measures can be effective in view of the army of unemployed coming in crores every year. However, the government has its own limit on providing jobs.

The political parties sitting in the government are also not able to provide employment as per their election promises. Schemes like Agneepath are also emerging, in which short-term employment arrangements are not being embraced by any logic. In the last few decades, on the strength of the job opportunities available in the private sector, the private sector has been in the role of giving relief to the governments in this matter.

But there also job options have been limited due to many reasons like instability etc. Here a new phenomenon has occurred in the last few years in the form of startup companies. In this, the main emphasis has been on that instead of getting jobs, youth should come in the role of giving jobs. That is, they should form such a company, in which they not only generate employment and wealth for themselves, but also make their future bright by connecting thousands of youth of the country with themselves.

There is no doubt that the range of innovative enterprises in the last few years has given a new hope to many of the upcoming companies. But here the foam of sensation called startup seems to be coming down. It seems that the ruckus and zeal with which these ventures were started, began to dissipate as soon as they landed on the ground of reality. An example of how harsh their business realities are, is the figure that in the first six months of the current year alone, twelve thousand people were laid off from indigenous innovative companies. This layoff has also happened in those enterprises called unicorns, whose business is expected to increase in the coming times.

Like Byju’s, Vedantu, Unacademy, Lido Learning, etc. who do online coaching business. To say that in the first half of the current year, the global number of people who lost their jobs in such companies is twenty two thousand, but what is worrying is that more than 60 percent of these youth are from India. It is believed that by the end of the year, these companies can ask the same number of youth to leave. Slowdown in business and cost reduction have become their priority. If this is not done, the existence of many innovative companies may be in danger. A major reason is also believed to be that investors who have invested in new companies, seeing no profit, are pressurizing for capital return. New investors are not coming. In such a situation, these companies are facing shortage of funds.

It is worth mentioning here that the Government of India had earlier this year loudly claimed that more than sixty thousand new small enterprises have been started in the country. It was also said that new unicorns are emerging in India every two-three weeks. Unicorn means those companies whose market value is more than one billion dollars (about eighty billion rupees). But soon after this claim, it was only the month of April, when not a single unicorn company came forward. Not only this, in March-April this year, Indian startup companies were able to raise investment of $ 5.8 billion (about 4.5-five trillion rupees) from the global market, which was about 15 percent less than the same period last year. It is true that by January 10, 2022, more than sixty one thousand four hundred innovative companies were recognized in India (according to the data of the Department for Promotion of Industry and Internal Trade of India).

In comparison, during the year 2016-17, the government approved only seven hundred and thirty three enterprises, while in the year 2021, fourteen thousand innovative companies were recognized. Enterprises called unicorns also flourished during this period. Forty-four companies had come under the category of unicorns in 2021, the number of which had grown to eighty-three earlier this year. In view of these changes, a report of the organization PwC India had even claimed that about fifty companies in India can become unicorns only in 2022.

The logic behind this was that many big industrialists including the Government of India have started investing big capital in them. For example, in the year 2021, Reliance invested seven thousand crore rupees in startup companies. Tata and the Vedanta group also invested money in several new ventures. It is claimed that Indian innovative companies raised thirty six billion dollars in the year 2021 on the strength of the government and domestic and foreign investors. But the question is, what happened suddenly that the brightness of these enterprises started getting extinguished and all these figures started to reverse?

In fact, the big setback to the new enterprises came from the situation created by the Corona epidemic. During that time seventy per cent of the enterprises reached the trough and twelve per cent were closed at the very beginning. In the year 2020, economic organization Industry Chamber FICCI and Indian Angel Network (IAN) assessed the data found in their nationwide survey ‘The impact of COVID-19 on Indian startups’, it was found that the condition of about seventy percent of the enterprises in the country was bad. It was also clear from the survey that only twenty-two percent of the enterprises were such that they had cash left to meet the expenses of the next six months. However, forty-three per cent had spoken of salary cuts and thirty per cent layoffs for the purpose of survival. Obviously, these challenges were such for them, which they were not in their control to overcome.

In fact, the attitude of investors towards innovative companies is that now they do not want to make any big bets on them. The reason for this is that in the initial competition, big investors of the world had invested billions of rupees in new companies to become famous on the basis of advertising. Like last year, big investors like SoftBank and Fidelity invested crores in Indian startup company Meesho. This more than doubled the company’s market value to $5 billion. It is claimed that in the same wave, many companies received 35 billion dollars in investment last year. But this wave of success returned just as fast as it had come.

Experts claim that most of the companies that have become unicorns overnight on the strength of foreign investment do not have any solid business blueprint. They also lack experience dealing with recessions. There is no way but to spend money to move forward. Even at the management level, there is no other policy than to show external brilliance. So such startups are soon becoming irrelevant. If startup companies focus on the shortcomings of experience, business model and management, instead of doing more advertising and adopting the strategy of selling the company by luring big investors, then they will be able to provide a solution to the problem of unemployment as well as the country itself.