Growing difficulties of the elderly population 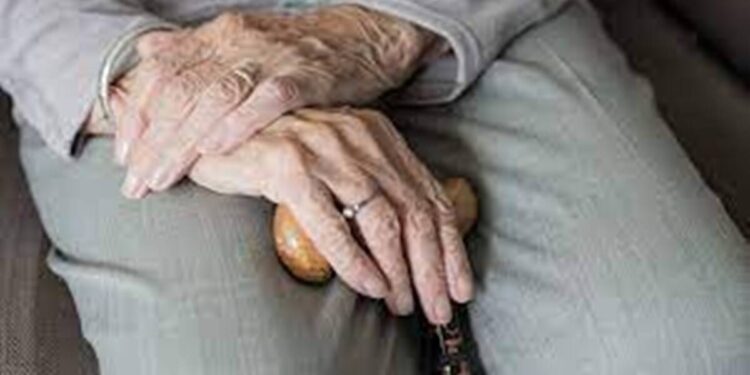 Today, the way the spirit of collectivism in the society is ending, the concept of family has started ending. If the situation continues like this, then the time is not far when the family institution itself will stand on the verge of extinction. The question is, how can the disintegration of family, society or social organization be prevented?

There is no denying the fact that the foundation of every family is its elder generation. Especially in Indian society, it has been believed that in the house where elders are blessed, there always resides prosperity. But do people still think or believe the same thing today? Possibly not. The truth is that eighty-two percent of the elderly live with their families, but most of them feel victimized by their sons and daughters-in-law. Such incidents are also seen and heard every day. Due to the misbehavior of the family members, more than three quarters of the elderly suffer from loneliness despite living in the family.

Analyzing these data, it is clear that the culture of the families is largely responsible for such incidents. From the very beginning, parents in India invest all their deposits in the upbringing and future of their children, with the hope that children will be their support in old age. But when children start earning, they leave their parents and go out of their country, state or city and settle their world. In fact, for today’s generation, family means husband and wife and their children. They are not concerned with their parents or siblings. Or by sending monthly expenses, consider your duty to be fulfilled. Obviously, in today’s digital age, the importance of emotions has been lost.

Films and serials have been made from time to time to spread awareness among the people about this serious problem of the society. The film Baghban will be remembered by all how in this film the children are ready to keep their parents with them in turn for some time, so that they do not put any burden on them. They not only misbehaved with them, but also neglected them considering their health problems as frivolous expenses. But the paradox is that when this generation sees these serials or films, their eyes become moist, but after coming out of the cinema hall, they do not hold back in behaving the same way. Forget what message the film is giving. Many such messages are seen on social media, which shows how much today’s generation appreciates the relationship with the elderly.

Old age is such a stage of age when both the mind and body of a person start to relax. In such a situation, they need the most support from their loved ones, especially emotional support. In such a situation, it is normal for the elderly to develop symptoms like stress, despair and loneliness. It has been revealed in many researches that due to loneliness, memory problems arise in the elderly. According to doctors, the patient suffering from this problem becomes more weak mentally rather than physically. Even for completing the daily tasks, he has to take the help of others.

It is no less a tragedy that when the elderly are most in need of family and children, they are not with them. Many incidents are heard and seen that elderly person or couple found dead in the house or domestic servant killed them with the intention of robbery etc. etc. There are many elderly people who have no one behind them. In such a situation, these elderly people are easy targets for criminals while staying alone in the house or while going out alone. The rapidly increasing incidents of crime against the elderly indicate this.

In today’s consumerist society, expressions like relationships, feelings, commitment and sacrifice have become meaningless. In their place, materialistic items like gadgets, branded goods, social media flaunting have become so dominant on the younger generation that the older generation of the family has become kind of meaningless for them. In today’s digital society, most of the work is done online. But it is also true that even today most of the elderly are not able to easily take advantage of digital technology or various online facilities. According to the survey, seventy-one percent of the elderly do not have a smartphone and those who use a smartphone are also not fully aware of its benefits. A survey has shown that forty-nine percent of elderly people use mobile or smartphone primarily for making calls, thirty percent for social media and seventeen percent for banking transactions.

There is no denying the fact that the generation gap in the society has been going on for centuries. The difference in thinking and behavior of two generations is normal, but marginalizing one generation to the next, considering them as meaningless or a burden on themselves is posing many kinds of risks to the society. Forty percent of the elderly admitted that they do not feel financially secure. In traditional families, parents have always spent all their savings and deposits on their children. He would never have imagined that the children would treat him neglectfully.

So there is a need to change this modern character of the family. Today, the way in which the sense of collectivity in the society is ending, the concept of family has started ending. If the situation continues like this, then the time is not far when the family institution itself will stand on the verge of extinction. The question is, how can the disintegration of family, society or social organization be prevented? To prevent this disintegration in the family system, it is necessary that democratic values ​​should be included in the family. One has to learn to give importance to family members by giving less time on technology and social media. Human relations have to be given more importance than material things. It is said that if the family is strong then the society is strong and if the society is strong then the state is also strong. And if the state becomes strong, then economy, politics, culture, all the systems go on getting stronger.