Gyanvapi Survey: Survey of Gyanvapi Masjid completed on the second day, survey will be done on the third day too, Hindu side made a big claim New Delhi. Gyanvapi Masjid has been surveyed for the second day today i.e. on Sunday. After the completion of the survey, many big claims are being made today. According to the survey, huge debris has been found inside the mosque. Surveys have been done on the northern, southern and eastern parts of the mosque. In which claims of getting many such evidences are being made, in which the confirmation of the temple is clearly visible. Let us tell you that today i.e. on the second day also special arrangements were made for security during the survey. Everywhere the security personnel were ready. Every activity is being closely monitored. The carved domes and rooms of the mosque were surveyed. Photography was taken of each and every location of the campus. Like yesterday, 52 members of the mosque had entered and special activities were monitored. The entire situation is being monitored closely.

Also Read  Rahul Gandhi in Nepal: Rahul Gandhi was seen partying in a nightclub, then GG Vadra and Kamal Khan came out in support

Now in this episode, the survey of the mosque is to be done tomorrow i.e. on Monday. Only then the truth of the whole matter will be revealed. Special monitoring of the security arrangements was being done under the leadership of the Commissioner of Police. Please tell that there is a special prohibition from the court to share any information in the context of the survey before the media. Barricading has been installed within 500 meters of the mosque complex. PSA personnel are stationed everywhere. Now in such a situation, everyone is waiting for the survey to be held tomorrow i.e. on the coming Monday. It should be noted that earlier also the directions for the survey were given by the court, but the survey was obstructed by the alleged Muslim parties. As a result of which a survey was conducted later. Come, now let us tell you the whole matter in detail.

Also Read  Strict action will be taken against those who disturb the peace of Punjab: Arvind Kejriwal 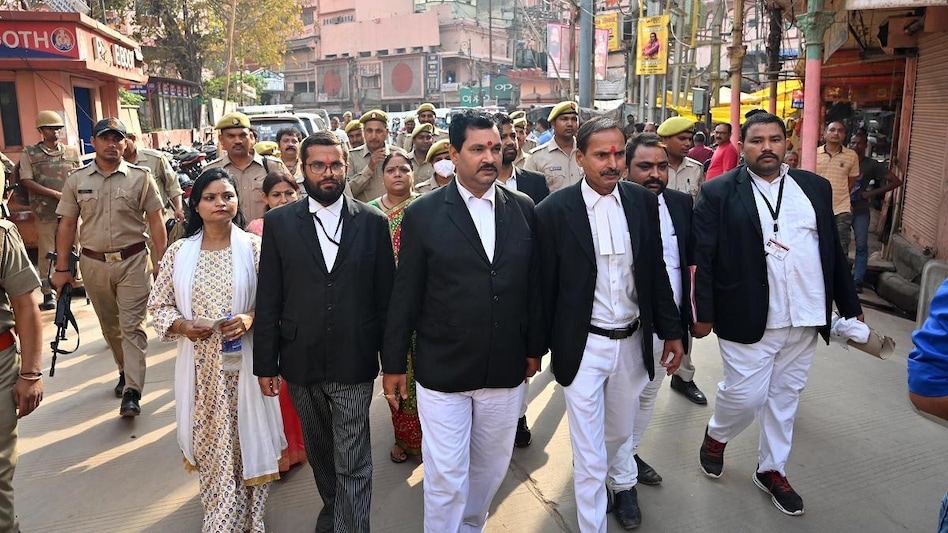 So the point is that in the petition filed in the court on behalf of the Hindu parties regarding the Gyanvapi Masjid, it has been claimed that there was a temple in the said site at a later stage. Aurangzeb demolished the temple and got the mosque built. Objecting to which, now a demand has been made for the construction of a temple at the said site. For this, while hearing the petition filed in the court, directions were given for the survey. So far two surveys have been conducted. For the time being, till now, taking the survey as the basis, Hindu parties claim that the evidence received confirms that there was a temple at the said site. However, now all the parties are waiting for the procedural survey to be completed, so that the truth can come out. Till then keep reading to be aware of all the big news of the country and the world…anytv.com

Also Read  Realme Smart TV X: Want a big screen TV at a low price, then definitely take a look at this smart TV of Reality