Helmet is very useful thing, after watching the video you will be convinced 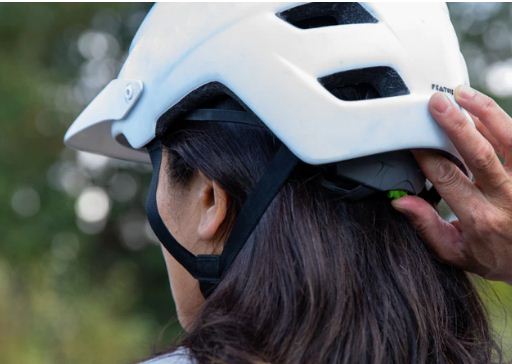 There are reports of road accidents all over the world. Talking about India, the number of road accidents is increasing here every year. Hundreds of young people, especially bike riders, die every year from serious head injuries. This is the reason why people are advised to follow safety precautions including wearing helmets. There is no better protection than a helmet to prevent serious head injuries.
According to a report, helmets reduce the mortality rate by about 42 percent. Although many videos are often viral on social media, some of which are related to road accidents. There are also many videos in which people have survived by wearing helmets. One such video is becoming very viral on social media these days, which will help you understand the importance of helmet.

#Helmet Learn the importance of it in just 6 seconds. pic.twitter.com/wzuVjVGVvt

In the video you can see that a man is riding a bike and falls badly while doing stunts. Although he was lucky to be wearing a helmet, the way he fell, he could have sustained a serious head injury and hospitalization, but the helmet didn’t cause him any serious accidents.Sharing this video of just 6 seconds on his Twitter handle, IPS officer Dipanshu Kabra wrote in the caption, ‘Know the importance of helmet in just 6 seconds’. The video has been viewed more than 49 thousand times so far, while the video has been liked by more than 2800 people.
Many people have also commented after watching the video. One user wrote, ‘Looks like he is promoting the quality of the helmet. Or rather it was a good day’, while another user commented, ‘the helmet prevented death on the spot’.