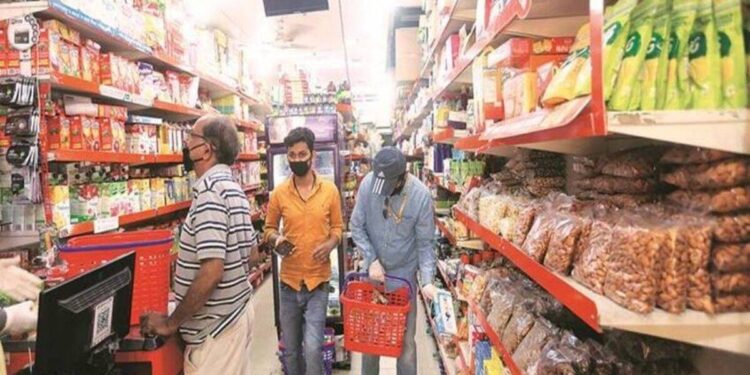 Inflation not only reduces the purchasing power of the people on one hand, people also avoid investing. In this way demand decreases and production also decreases. When there is no investment, growth is adversely affected and thus a vicious cycle is created, which becomes difficult to break out of.

India’s middle class prefers to keep its savings usually in the form of fixed deposits (FDs) in banks or post offices, because here they find their money safe and it also earns more interest than savings account. This class is happy to get whatever amount is received in the form of interest at the end of the term of the fixed deposit.

But few people understand that the real value of the money they have received from the bank or post office, including interest, is sometimes less than the amount that they deposited. If one gets an annual interest of five per cent on his deposit and the annual rate of inflation is six and a half per cent, then he is at a monetary loss despite earning interest. That is, this is a simple example of the effect of high inflation.

The Reserve Bank and the Finance Ministry are no less worried about the figures for April this year on inflation related to agricultural products. In May 2014, the consumer price index based inflation was recorded at 8.3 per cent. It stood at 7.8 per cent in April this year. This rate of inflation is much higher than the tolerable rate of 6 per cent fixed by the Reserve Bank.

At the time of the recent monetary policy announcement, RBI Governor Shaktikanta Das had also said that inflation control precedes growth in his order of priorities. However, many economists do not agree with this view. They say the government’s job is to both ensure growth and keep inflation in check. In such a situation, when there are two goals, then there should also be two strategies to achieve them. Coordination between monetary and fiscal policies is essential to tackle inflation.

Not only India, but many countries of the world are struggling with inflation. Is inflation really something to be afraid of? The answer is yes and no. A large section of economists believe that mild inflation is conducive to growth when it facilitates consumer demand and economic growth. This inflation is considered better than deflation. But after a limit inflation starts creating problems as we are seeing now in our country. In the case of inflation, there is more money in the market and less availability of goods.

There is vibrancy in an economy when people have good income in their hands, so that people spend more. If consumption increases, production will also increase. High inflation spoils this order. Inflation not only reduces the purchasing power of the people on one hand, people also avoid investing. In this way demand decreases and production also decreases. When there is no investment, growth is adversely affected and thus a vicious cycle is created which becomes difficult to break out of. This has become the situation today. Inflation also increases the government’s cost of borrowing. The government is already in huge debt and it plans to take more loans in the future.

Most of the impact of inflation-induced inflation is seen on the goods of general consumption, so the middle and lower income group of the society have to face the most difficulties. Among the reasons cited for rising inflation, the Russo-Ukraine war is mentioned time and again. Some analysts are also saying that this time the increase in inflation is not due to economic reasons but due to political turmoil on the international scene. The rise in the prices of mineral oil and metals are the result of war which is driving inflation.

India has been exporting fertilizers to both Russia and Ukraine, but the war has disrupted its supply and made fertilizers and the like very expensive in the international market. There is apprehension that rising prices of diesel, fertilisers, animal feed, coal etc. may put further pressure on the prices of food grains.

The data shows that the burden of inflation is more on the rural population than the urban population. This is even more worrying because more than two-thirds of the country’s population is rural. One of the reasons for inflation is the easy availability of credit. During COVID, there was less lending by banks and hence the cash coming into the economy was limited. Now the suppressed demand for loans has started coming out in the open. Not only banks but also non-banking financial companies and other institutions are again giving loans on liberal terms.

Its impact on the economy cannot be ignored. Undoubtedly, the current inflation is also linked to the current prices of food grains and commodities. If the price movement is to be understood, then one should take a look at the World Bank report on Commodity Market Estimates published in April 2022. According to this, the annual rate of increase in energy prices in the twenty-four months from January 2020 to December 2021 was 22.4 percent. But in just three months from January to March this year, energy prices have increased by thirty-four percent. Prices of non-energy commodities have risen eighteen per cent annually over the past two years and have risen by an additional 13 per cent in the first three months of this year. The rise in the prices of energy and non-energy commodities affects many sectors of the economy.

Many claims are being made about the recovery of the economy from the impact of COVID. The motive behind these claims may be to show the government how quickly it has been able to get the economy back on track. But the picture is not as bright as it is trying to tell. The government claims that it has taken precautionary measures to limit the money supply in the country and most of the expenditure it is spending is mostly on building the infrastructure sector.

Even if we accept this, it is important to understand that spending by the government is necessary in many items, that is, the government has its own limits on the control of expenditure. But inflation is not going to be controlled by just one measure. No major relief from inflation is expected until the international tensions are over and the movement of goods between different countries is normalized and supply chains within the country are restored.