If BJP wins in UP, will it be considered its failure? Tikait gave some such answer on the question 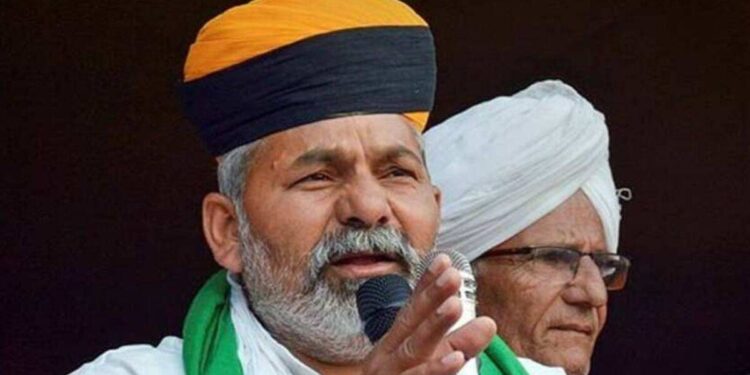 Farmer leader Rakesh Tikait was present in the event of a program on news channel News 24. When asked about Yogi Adityanath becoming the Chief Minister again in Uttar Pradesh, let us know what he answered.

Anchor of the program Sandeep Choudhary while questioning Rakesh Tikait said, ‘Rakesh, what Ashutosh said just now because your connection was a bit bad… Have you linked the success or failure of the farmers’ movement to these election results? If BJP wins, they will say that they had gone to punish us…to hurt with votes…see if they lost, their demands were illegitimate. It was a handful of people who were troubling us.

To this Rakesh Tikait said that look, neither we are taking any risk, nor are we asking anyone for votes. We are speaking our mind. Whom the farmers want to vote for, we are not even talking about vote to anyone, we are talking about ourselves. The electricity rate inside Haryana is Rs 15, while the electricity rate inside Uttar Pradesh is Rs 175. The farmer will understand all by himself. Go and see what is the condition of the animals inside the fields… according to what is the bribery here. People are in trouble. There is current inside and people have to understand if the country has to be saved.

On the other hand, Sandeep Chaudhary asked another question, ‘All the political parties are now talking about farmers, there is a lot of promises in the manifesto, so how much faith do you have on these promises?’

On this, Rakesh Tikait said, ‘It has appeared in everyone’s manifesto, in everyone’s paper, in everyone’s register, in everyone’s red diary. His name has been added, now the entire political party is taking the name of the farmer. Declaration will have to be made in two ways. The question from BJP is that why did you not do what you said earlier and what is the guarantee going forward. One big question has to be asked.

The post If BJP wins in UP, will it consider it a failure? Rakesh Tikait gave some such answer on the question appeared first on Jansatta.

RBI: Reserve Bank of India gave relief to banks and NBFCs regarding credit and debit cards, you should also know

UK Interest Rates: After the US Fed Reserve, the Bank of England gave a shock, increased interest rates by 25 bps

RBI: Reserve Bank of India gave relief to banks and NBFCs regarding credit and debit cards, you should also know

UK Interest Rates: After the US Fed Reserve, the Bank of England gave a shock, increased interest rates by 25 bps