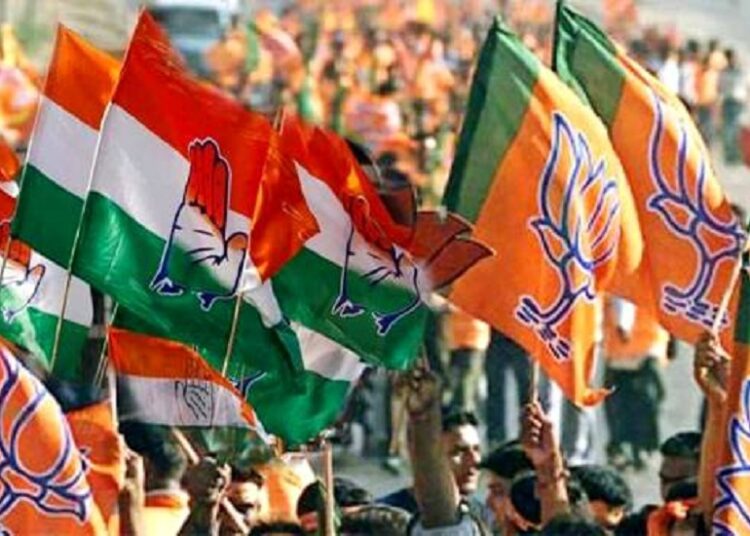 New Delhi. 19 political parties, including the Bharatiya Janata Party and the Congress, received over Rs 1,100 crore during the 2021 assembly elections in five states and union territories. At the same time, these parties have also spent more than Rs 500 crore in the elections. According to the information, a large part of this was spent on advertisements and travel for star campaigners. This has been revealed in a recent report.

According to the report, during the assembly elections in Assam, Kerala, Tamil Nadu, West Bengal and Puducherry, the BJP got the highest amount of Rs 611.69 crore. At the same time, the party has spent Rs 252 crore in the elections. Overall, the BJP spent Rs 85.26 crore on campaigning, including advertisements in the media, and Rs 61.73 crore on travel for star campaigners and other leaders, said a report by Association for Democratic Reforms (ADR) and National Election Watch.

Also read: Health experts said, Omicron variant has all those elements, which can bring third wave of corona in India

According to the report, other parties like Communist Party of India Marxist (CPI-M) got Rs 79.24 crore, Trinamool Congress Rs 56.32 crore, AIADMK Rs 14.46 crore and Communist Party of India (CPI) Rs 8.05 crore. Out of which a lot of money was spent in the election campaign. According to the report, during the assembly elections of Assam, Kerala, Tamil Nadu, West Bengal and Puducherry in 2021, the money was collected by 19 political parties at Rs 1,116.81 crore. Whereas Rs 514.30 crore was spent in the election campaign.

In case of sudden low blood pressure, you will get immediate benefit by consuming these things