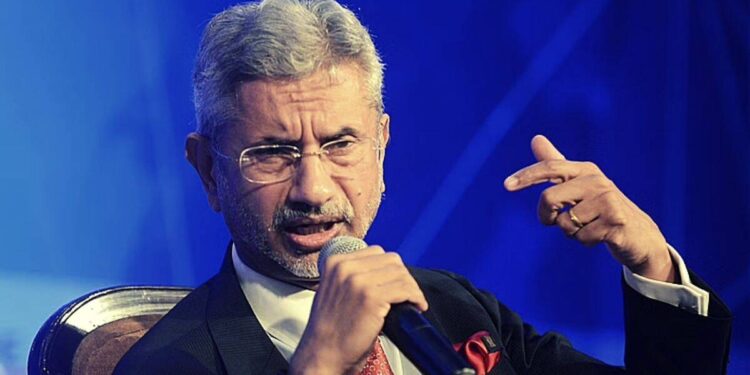 He said in the seminar, “I was talking to some bureaucrats in Europe and they were saying that the Indian Foreign Service has completely changed. They don’t listen, they have become arrogant. Now they just tell us what orders are being given to them, no talks are taking place.” Rahul Gandhi said in London that you cannot do this.

On these allegations of Rahul Gandhi, former diplomat and external affairs minister S Jaishankar said, “It is not called arrogance but protecting the interest of the nation.” In a tweet, Jaishankar wrote-

Gyanvapi Case: Junaid Haris said – I have read Namaz in 84, Gaurav Bhatia immediately asked – was the fountain running then? got this answer

The inspector said- maybe the encounter, I forgot to operate the mobile, was alone in the jail, only the roof and walls were there, read what else Azam Khan said

There is only one liar who sabotages Hindu interests in Ayodhya, Kashi and Mathura – Subramanian Swamy, furious Tejinder Pal Bagga

“Yes, the Indian Foreign Service has changed. Yes, they follow the orders of the government. Yes, they contradict the arguments of others. But it is not called ego but it is called confidence. This is called protecting the national interest.” It is worth noting that the External Affairs Minister has also shared a 19-second video of Rahul Gandhi’s statement.

Yes, they counter the arguments of others.

No, its not called Arrogance.

It is called Confidence.

And it is called defending National Interest. pic.twitter.com/eYynoKZDoW

After this, Congress leader Randeep Surjewala also responded to Jaishankar in a tweet. they wrote-

“Yes, it is also called being subject to political masters while flouting foreign policy. Yes, it is said not to stand before China in the face of illegal occupation of our territory. Yes, it is called taking forward the agenda of one party and not the country.”

Let us inform that Congress leader Rahul Gandhi strongly attacked the BJP and the central government in the ‘Ideas for India’ program. Rahul Gandhi said that PM Modi does not listen to anyone. Efforts are being made to suppress the voice of the people in India. The Chinese army has entered Ladakh and Narendra Modi’s government does not even want to talk about it.

He accused the BJP that BJP has sprinkled kerosene all over the country, a single spark can start a fire. The situation in the country is not good.

LIC IPO: Government worried over the fall in LIC’s stock, said this big thing amidst the loss to investors

LIC IPO: Government worried over the fall in LIC’s stock, said this big thing amidst the loss to investors