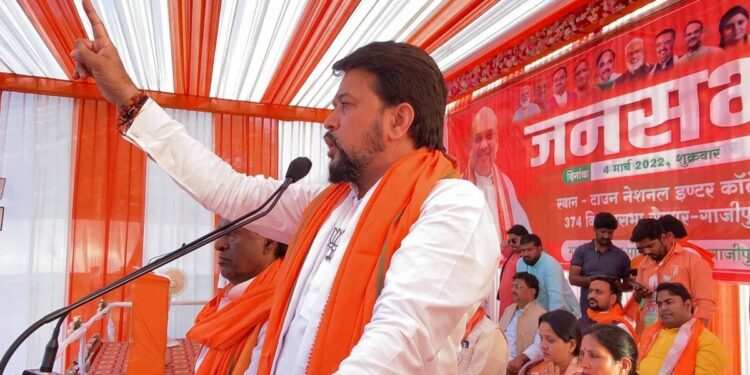 Buoyed by the massive victory in Punjab, the Aam Aadmi Party is preparing to contest elections in many states. One of these states is Himachal Pradesh, where AAP leader Satendra Jain has announced to contest the upcoming assembly elections on Saturday. That too in all the seats. Now when BJP leader and Union Minister Anurag Thakur was asked a question on this matter, he said that Kejriwal only speaks big, his bail against PM Modi was forfeited.

Social media users can be seen taunting and giving advice on this statement of Anurag Thakur. While advising Anurag Thakur, users have said that BJP is avoiding AAP in Himachal. Anurag Thakur had said- “AAP did not get a single seat in Uttar Pradesh. Arvind Kejriwal contested against PM Modi but his bail was forfeited. They only talk big. They have nothing here. We will return to power in Himachal Pradesh”.

Regarding the same statement of the Union Minister, user Ankit Khanna (@ankit_khanna) wrote- “So the game has started…Good for AAP that BJP’s statement has started coming..Now people are looking for alternatives. Anurag ji, save your life with you”.

Apart from this, another user Aditya retorted to Anurag Thakur’s statement and said- “For your information, let us tell you that Arvind Kejriwal got more than 2 lakh votes in Varanasi in 2014, that too without any organization”.

Another user (@marutibhagat06) wrote- “If Aam Aadmi Party with all its vigor and passion goes into the Himachal elections, then big and family leaders will have to lick the dust. You haven’t seen the flames in Delhi and Punjab”.

Let us tell you that at present there is a BJP government in Himachal. Assembly elections are to be held in the state this year. For which you have already started preparing. On Saturday, Satendra Jain announced by conducting a road show that AAP will contest all the seats in Himachal.