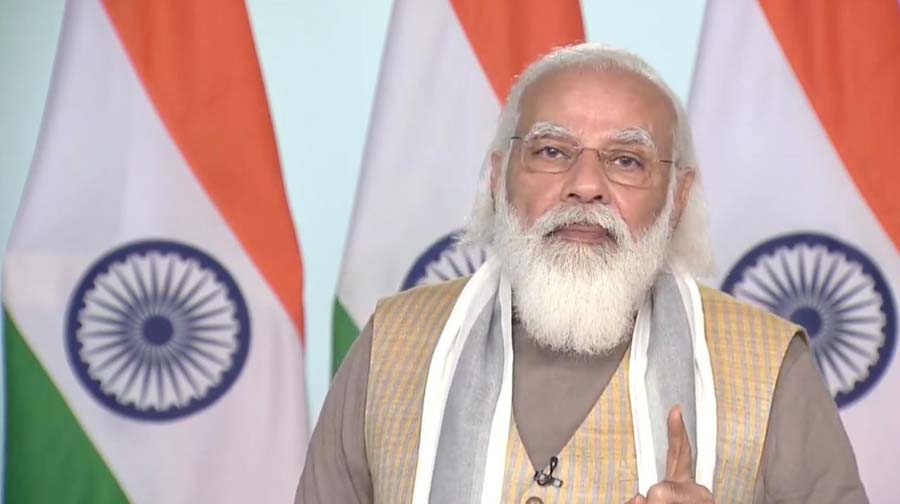 New Delhi (IANS)| Recently retired IAS officer Amit Khare, who has held the responsibility of Secretary in important ministries like Information and Broadcasting and Education of the Government of India, has been appointed by Prime Minister Modi as his new advisor. The Appointments Committee of the Cabinet approved the proposal to appoint Amit Khare, a 1985 batch IAS officer of Jharkhand cadre, as an advisor to the Prime Minister. His appointment order was also issued on Tuesday. As advisor to the Prime Minister, the post of Amit Khare will be equivalent to the post of Secretary in the Government of India and he will also get salary according to the same grade.

According to the order issued by the Appointments Committee of the Cabinet, he has been appointed on contract basis for two years and he will continue in his post for two years or till further orders (whichever comes earlier). Amit Khare is especially known for his honesty and innovative experiments. As Secretary to the Government of India, he has held the responsibility of Secretary in important ministries like Information and Broadcasting and Education. Amit Khare, who retired as an administrative officer on September 30, has been appointed to this important post in the Prime Minister’s Office after 12 days.

He played an important role in implementing the new education policy in the country after 34 years as the Secretary of the Ministry of Education before retiring. He is also credited for many revolutionary changes in the field of higher education. Earlier, as Secretary in the Ministry of Information and Broadcasting, Amit Khare was instrumental in the launch of a dozen satellite channels of DD, policy making regarding digital media and OTT platforms. In the administrative career of 36 years, many achievements are recorded in the name of Amit Khare. As the Deputy Commissioner of Chaibasa, he had lodged the first FIR in the fodder scam case. In the fodder scam case, Lalu Yadav had to resign from the post of Chief Minister and go to jail.

In this way passport can be linked with vaccination certificate, there will be no problem in going abroad

When Aamir Khan kept trying to meet Sourav Ganguly, the security guard did not let him inside, watch video