There is no ‘familyism’ in BJP- Haryana CM claims, people started sharing pictures of Anurag Thakur and Pankaj Singh 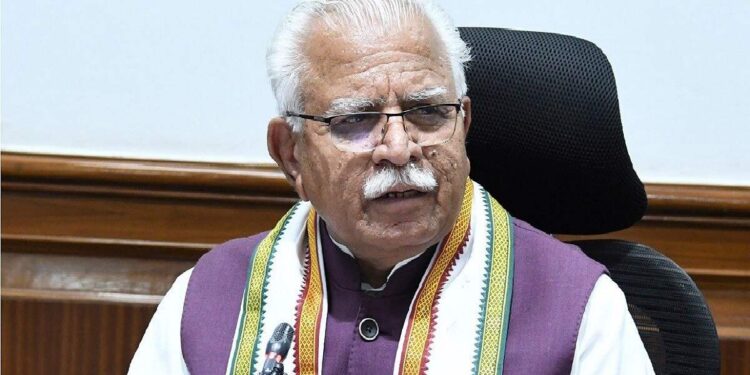 The Bharatiya Janata Party, which is on the throne of power at the center, is celebrating its 42nd foundation day on Wednesday. Various programs are being organized by the party across the country on this occasion. The Chief Ministers of BJP ruled states are addressing the workers through different programs. Addressing a similar event, Haryana Chief Minister Manohar Lal Khattar said that there is no ‘parivarvaad’ in the BJP. On this statement of CM Khattar, various reactions started coming on social media.

Addressing the workers on BJP’s foundation day, the Haryana CM said, “There is no ‘parivarwad’ and personal agenda in our party. Work is being done for the upliftment of the country. BJP is now the largest democratic party in the world.” A Twitter user (@Iamsnm2) shared pictures of Home Minister Amit Shah’s son Jay Shah (BCCI Secretary) and Union Minister Jyotiraditya Scindia’s son Mahaaryaman Scindia (GDCA Vice President) on Manohar Lal Khattar’s ‘Family’ statement.

Earlier, CM Khattar said, “The journey of 42nd Foundation Day has been made after years of struggle and hard work of the workers. Taking the party forward with a sense of patriotism. They are working by making power a medium of service. On the foundation day of BJP, PM Modi also addressed the party workers. During this, he also mentioned ‘Familyism’.

Also Read
BJP’s 42nd Foundation Day: Once there were only two seats in LS, today occupying 301, know how this “sunrise” happened

PM Modi said, “There are some political parties at the central level and in different states which work only for the interests of their families. In familial governments, the members of the family have control over the local body to the parliament. These people may be in different states, but they remain connected by the strings of familyism. They cover up each other’s corruption.”

He said, “Family parties have never allowed the youth of the country to progress, they have always been betrayed. Today we should be proud that today BJP is the only party which is alerting the country to this challenge.