Tough action of UP Police in front of MP who praised Taliban, compared with freedom soldiers 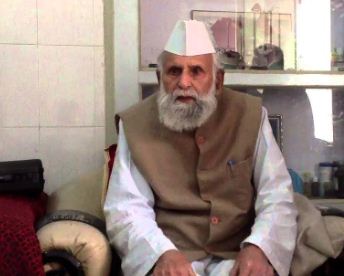 Taking strict action against the SP MP of UP, who compared him with the freedom soldiers after the Taliban took power over Afghanistan, the police have registered a case against him under various sections. SP MP Shafiqur Rehman Burke has called Taliban terrorists freedom soldiers of the country. After his request, he was fiercely attacked by the opposition parties. BJP leaders have even demanded an apology from him.

Sambhal SP, while talking to the media, said that he had received complaints that Shafiqur Rehman has compared Taliban with freedom fighters of India. The SP said that such requests fall under the category of sedition. Because of this, he has been charged with treason. Apart from him, two other people have also uploaded such a video on the Facebook site, against whom a case has also been registered. On Shafiqur’s request, UP CM Yogi said that he was listening to the statement of an MP, in which he was shamelessly supporting the Taliban. The lawmakers were also supporting the barbaric acts of the Taliban.

ALSO READ  There was an increase in the strength of the Airforce, 24 Mirage 2000s were inducted

It is noteworthy that Shafiqur Rahman compared the Taliban’s hegemony over Afghanistan with the British rule. However, on the second day itself, he retracted from his statement and said on the second day that he is with the government of his country.