Uniform civil code will be implemented in Uttarakhand soon, expert panel will be constituted, CM Dhami’s big announcement as soon as he takes over command for the second time 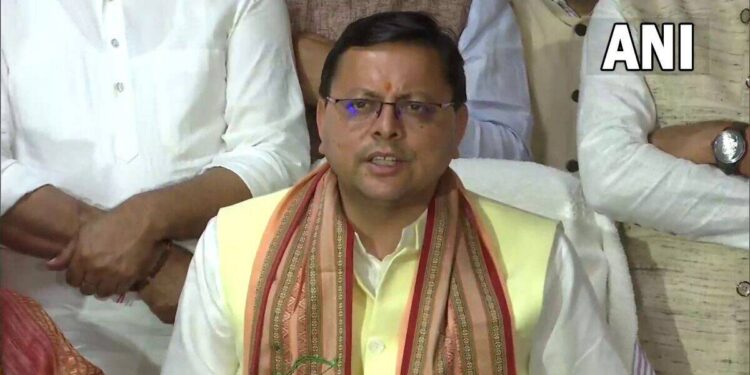 Fulfilling his election promise, Uttarakhand Chief Minister Pushkar Singh Dhami on Thursday announced the Uniform Civil Code (UCC) and said that the cabinet has unanimously approved that a panel of experts will be constituted for this at the earliest. . Uttarakhand will be the first state in the country to do so.

Uniform civil code has long been one of the main election issues of the BJP. The Bharatiya Janata Party has been raising the issue of UCC prominently. Pushkar Singh Dhami, who was sworn in as Uttarakhand Chief Minister on Wednesday for a second term, had said that he would give a transparent government and fulfill all the promises made by the party during the elections, including implementing the Uniform Civil Code in the state.

Uttarakhand Chief Minister Pushkar Singh Dhami said on Thursday, “Today the first cabinet meeting took place after the formation of the new government. On February 12, 2022, we had taken a pledge in front of the public that when our government is formed, we will bring a Uniform Civil Code. Today we have decided that we will implement it soon.”

He said, “We will form a high-level committee and that committee will prepare a draft of this law and our government will implement it. The resolution was passed unanimously in the cabinet today. We would expect other states also to implement it there as well.”

On February 12, Pushkar Singh Dhami had promised that a committee would be set up to draft a Uniform Civil Code immediately after the new government is sworn in if it comes to power again in Uttarakhand. The panel will include legal experts, retired judges, intellectuals and others concerned. Dhami made this announcement on the last day of campaigning for 70 assembly seats in Uttarakhand. Elections in Uttarakhand were held on February 14. The BJP had won 47 out of 70 seats in the Uttarakhand Assembly elections.