What China wants to achieve by building a second, big bridge over Pangong Tso, know its strategic importance 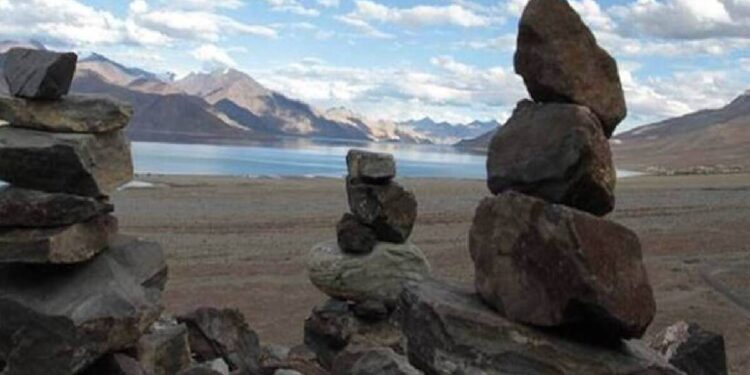 China is looking to take a strategic edge by building a second major bridge over Pangong Tso. This has become clear after the acceptance of the Ministry of External Affairs. It seems that the reason behind the construction of the first bridge that China built in January was the second bridge itself. It is because of the first bridge that it is easy for China to build a second bridge. But this is a matter of concern from India’s point of view, because with this the Chinese army will be able to move easily.

According to the news of the Indian Express, the second bridge to be built on Pangong Lake is so wide that large vehicles and artillery of the Chinese army can pass from there. China will misuse both the bridges against India. The location of the bridge is 20 km east of Finger 8 from the northern bank of Pangong Tso Lake. It is being built near the first bridge. It is being built at the crossing of LAC. The distance by road from Finger 8 of the bridge is about 35 km.

Its construction site is near Khuranak Fort. This is an old fort, which is almost dilapidated. China has also stationed its army here. There is no doubt that China will use it only for the movement of its army and weapons. Due to both the bridges, the movement of the Chinese army will be on the northern and southern banks of the lake. The first bridge was 400 meters long and 8 meters wide. The second bridge is next to the first one. The area in which China is building it is under Chinese occupation since 1958.

About 45 km of the 135 km long Pangong Tso lake is under India’s control while the rest is controlled by China. After the bloody conflict in May 2020, both the countries are rapidly building around the 3488 km long LAC. India claims that it is also rapidly laying a network of roads in this area. But China’s position seems stronger. Due to the second bridge, the Chinese army will cover the distance of 12 hours in 4 hours.

However, after the conflict in June 2020, the armies of both countries have withdrawn from PP 14. Since then there have been 15 talks between the military commanders of the two. The two last met in March. But the situation on the LAC remains tense. Both countries made preparations for the battle to be fought on the ground with air power. 50-50 thousand soldiers are stationed here from both sides. But China has also settled civilians here along with the army. Chinese army also prohibits Indian soldiers from patrolling till pp 10, 11, 12, 13.

After the news of China’s construction of a second bridge on the Pangong Tso lake in Ladakh, the Ministry of External Affairs has said that it is monitoring the situation. The ministry also said that this is an issue related to the Indian Army. We consider it a territory occupied by China. MEA spokesperson Arindam Bagchi said he has seen reports on the bridge. This is an area occupied by China. India is keeping an eye on all the developments and taking precautions.