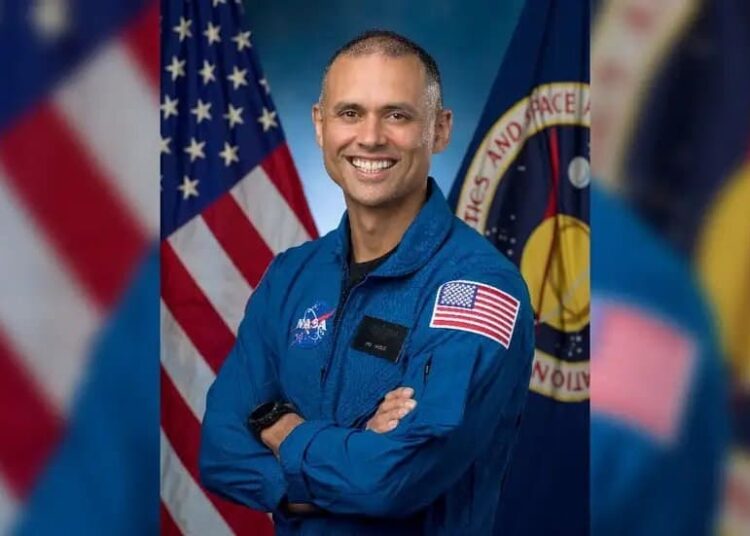 Indian-origin Anil Menon, born to an Indian immigrant and posted as a lieutenant colonel in the US Air Force, has been among the 10 astronauts selected by NASA to train for the moon. Anil, who grew up in Minnesota, USA, had earlier also served for Elon Musk’s ‘Demo-2’ mission.
He also spent a year in India as a Rotary Ambassador Scholar to study and support polio vaccination. Prior to this, Menon served as the Crew Flight Surgeon for various missions taking astronauts to the International Space Station (ISS). At Harvard University, Menon studied neurobiology and researched Huntington’s disease. He attended Stanford Medical School, where he majored in engineering and medicine, and worked on coding soft tissue models at the NASA Ames Research Center, Silicon Valley, California.

Anil Menon (@Astro_Menon), an Indian-origin lieutenant colonel with the US Air Force and @SpaceX‘s first flight surgeon, has been selected by #NASA among the 10 new astronauts to fly to the Moon.

Menon is an actively practicing emergency physician, having received fellowship training in forestry and aerospace medicine. As a physician, he was one of the first responders during the 2010 Haiti earthquake, the 2015 Nepal earthquake and the 2011 Reno Air Show crash. In the Air Force, Menon supported the 45th Space Wing and 173rd Fighter Wing as a flight surgeon, where he made over 100 flights in an F-15 fighter jet and over 100 patients as part of the critical care air transport team. transferred to.The US space agency announced late Monday the selection of its latest class of astronauts – six men and four women – from more than 12,000 people who applied to the space agency in March 2020.

7th Pay Commission: Central employees are going to get great news, salary may increase so much

Tokyo Olympics 2020: If this happens then history will be made, India can get its first Olympic medal in golf