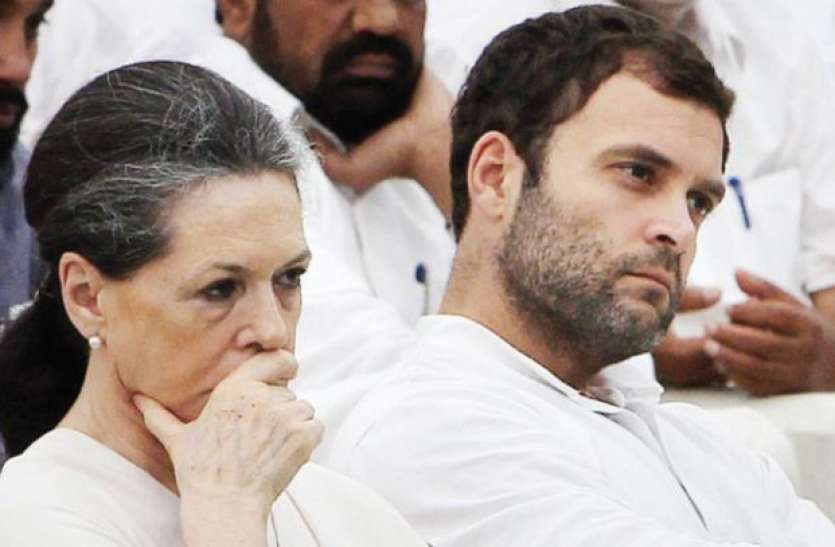 New Delhi. The difficulties for the Congress are not taking the name of lessening. The internal strife in Punjab and Rajasthan had barely stopped, that now bad news for the party came from another state. Congress has suffered a major setback amid important political developments in Jammu and Kashmir.

Senior Congress leaders and office-bearers belonging to the former Chief Minister Ghulam Nabi Azad camp have resigned from their respective posts. These leaders have submitted their resignations by writing a letter to Congress President Sonia Gandhi.

Congress, which is looking for land in the valley, has suffered a major setback. Many leaders of the party leaders have resigned even before the elections. Senior Congress leaders and office-bearers associated with the former Chief Minister Ghulam Nabi Azad camp have resigned from their respective posts.

He has leveled many allegations against State Congress President GA Mir. It has been said in the resignation letter that the Congress under the chairmanship of Mir is continuously lagging behind.

Many leaders have already resigned due to neglect. Four former ministers and three MLAs are also among those who have resigned.

State President accused of ignoring
Along with Jammu, these leaders, former ministers and MLAs of the Valley have jointly resigned from their posts, alleging neglect.

Its copy has been sent to party’s national president Sonia Gandhi, Rahul Gandhi along with state in-charge Rajni Patil.

ALSO READ  Get ready! These 3 cheap electric cars from Tata are coming, with a great range, the price will be less than 10 lakhs. Tata To Launch 3 Cheapes Electric Vehicles Tiago EV to Altroz ​​and Punc | AnyTV News

On the one hand, other political parties including BJP are trying to strengthen their hold in the valley. On the other hand, Congress is facing setbacks even before the elections. Despite the visit of Rahul Gandhi, the internal strife in the party is not decreasing. The latest resignations are considered to be an important part of this episode.

Ranveer will make a banging entry in Hollywood, shared the video hint. Ranveer Singh Hollywood Debut With The Wheel Of Time | AnyTV News